After the recent XRP price peak ($0.2869 on February 9), quotes of the third-largest cryptocurrency began sliding on Monday and went below the $0.28 level, while the community expected XRP to retake $0.30.

At press time, XRP is exchanging hands at $0.2707, however, one Ripple fan who often shares XRP charts still expects the coin to finally overtake the $0.30 price mark in the short term. 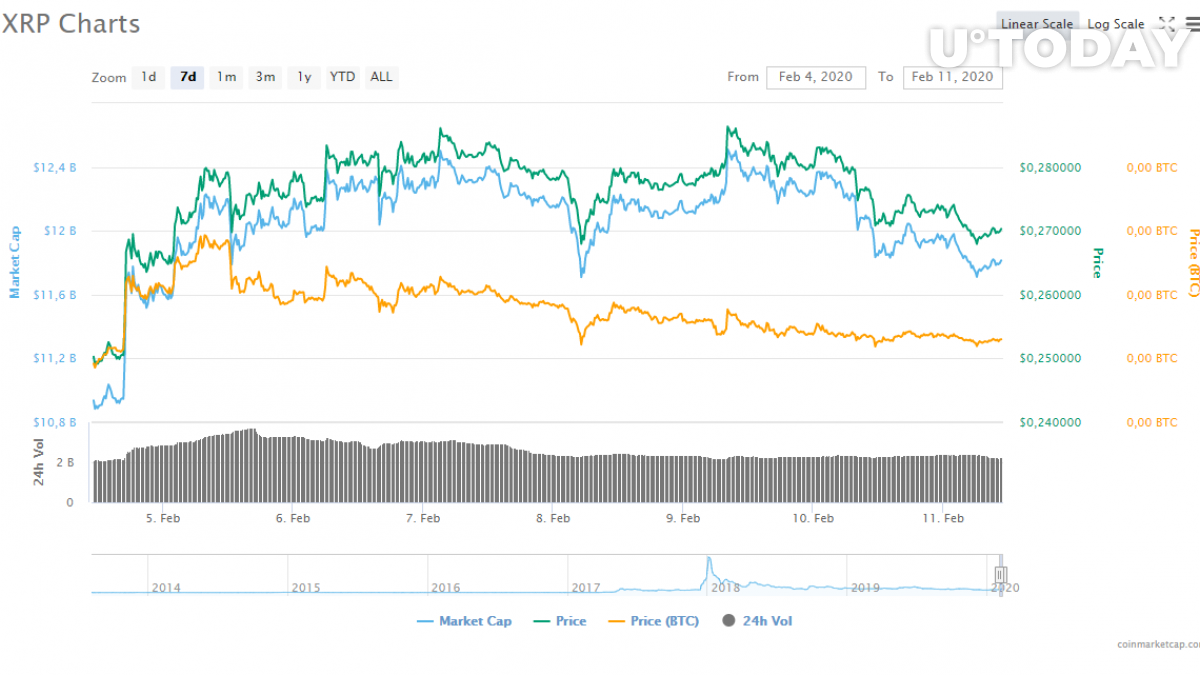 Meanwhile, the XRP Liquidity Index in Mexico and the three other corridors monitored by this Twitter bot keeps rising, setting new all-time highs.

XRP enthusiast @gordongekko369 believes that Ripple’s XRP is on its way to the $0.30 level from the current $0.27 spot, saying: 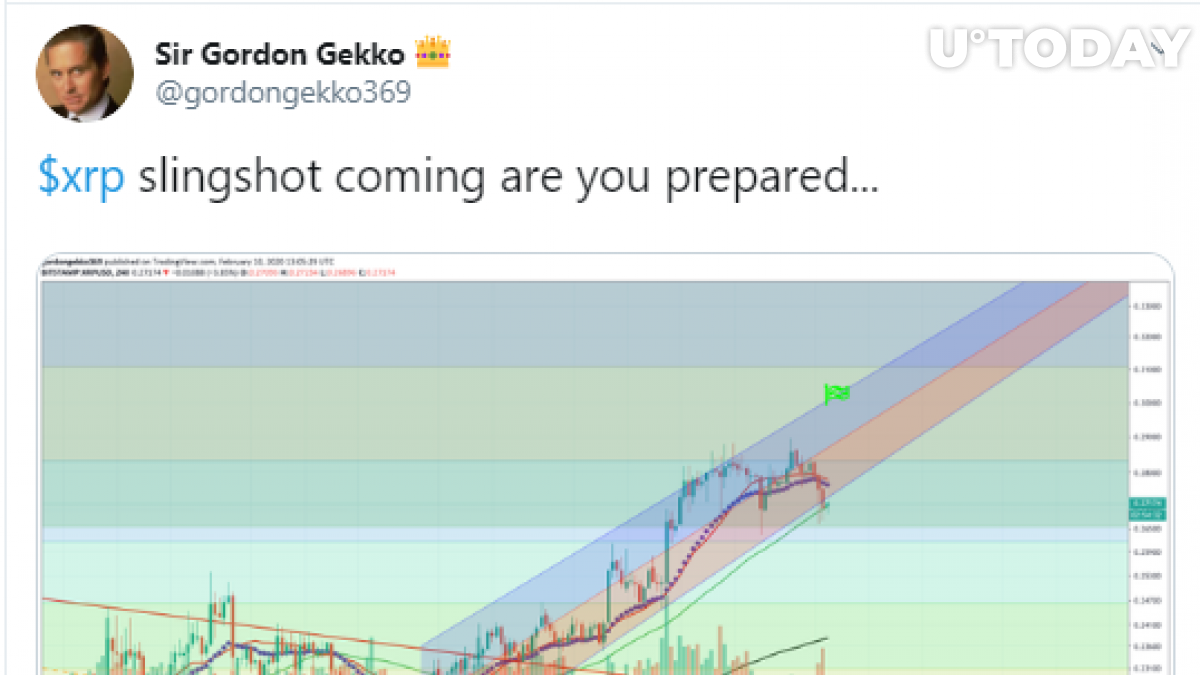 However, crypto trader @CryptoCapo_ offers the opposite scenario, assuming that XRP is about to start a major decline well below $0.20 – down to $0.13. 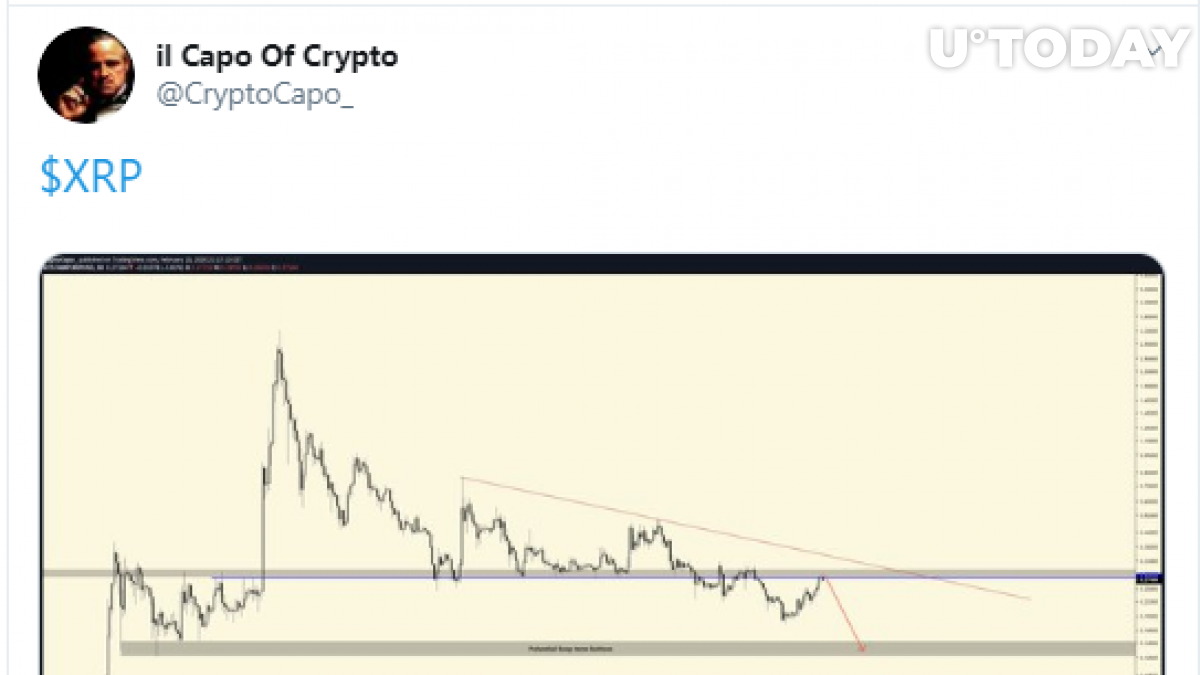 The community, though, seems to like the bullish scenario much more.

Must Read
Ripple CEO to Be Interviewed by CNN Again. Will He Talk About IPO Plans? - READ MORE

The Twitter bot reporting the movements of the XRP Liquidity Index on three of Ripple’s ODL corridors (Mexico, the Philippines and Australia) has published a chart showing the XRP/MXN pair on the brink of another high, which would leave the previous ATH behind. 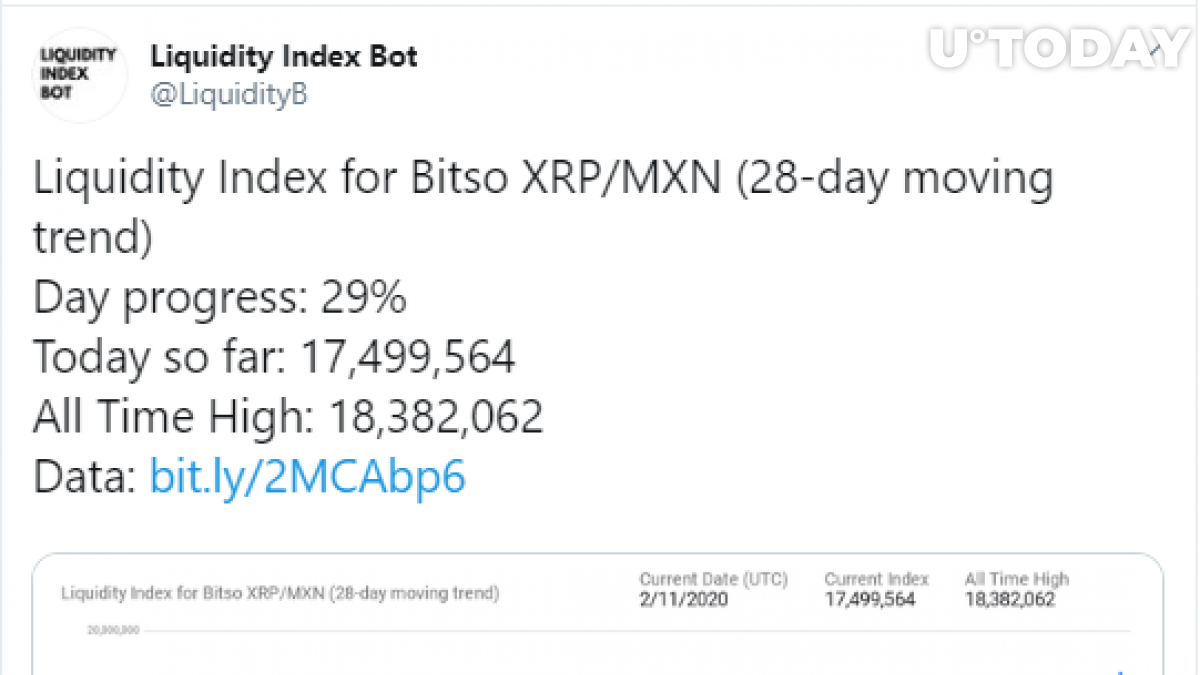 Two major cryptocurrency traders and analysts believe that $6,500 may be the final level of this ‘fake rally’ before a new fall for the crypto king.

Seasoned crypto trader and analyst Michael van de Poppe recommended his followers to switch their attention towards altcoins.  According to him, many of them may bring profit in the short-term perspective:

$BTC is remaining relatively calm, so you can see alts pop here and there. If $BTC goes in accumulation modus, that will probably be the time that they start to kick off.  Probably during the summer.

Although, with today's bullish momentum, Bitcoin (BTC) could reach $6,400 and even $6,500 fast.  But once it reaches this level, the U-turn is over and we can brace ourselves for a new decline.

The first level for support held and we've pushed upwards.

There's also the CME Gap, probably the reason why we're moving, so that could be closed first.

The views of Mr. van de Poppe were shared by CryptoBirb, a prominent analyst and founder of The Birb Nest educational platform. According to him, $6,400-$6,600 is the most comfortable area for the ongoing Bitcoin (BTC) price move.

Clean picture for $btc. Most likely a pull-back 6.4-6.6k, while imo wait for confirmation of intraday bearish reversal before going heavy / adding shorts. 6.8-7k range highs confluent with trend line breakdown retest are still on the table, although not really anticipated atm. pic.twitter.com/DGou8tk5xW

Famous ‘gold bug’ Peter Schiff never ceases mocking Bitcoin (BTC), with no regard to bullish or bearish sentiments in the market. Yesterday, he compared the declines from the ATH demonstrated by both his beloved gold and the flagship cryptocurrency.

#Bitcoin bugs criticize me for recommending #gold, because anyone who bought at the absolute high is still down 14%. Well anyone who did that with Bitcoin is down 70%. So, if I was wrong for recommending buying gold, what does that say about those who recommended buying Bitcoin?

Since the Bitcoin (BTC) fall has been five times deeper, he doesn’t have enough words to characterize its advocates.