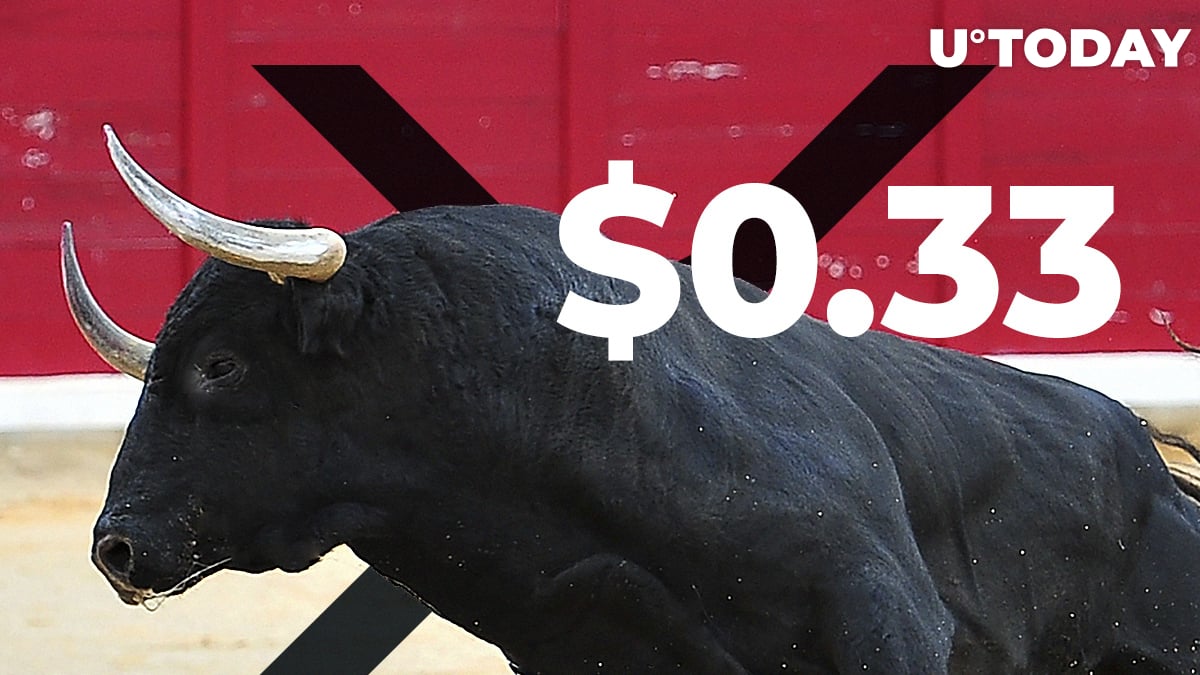 The third largest cryptocurrency, XRP, has finally broken out of its lows and recovered to the $0.23 spot after months of staying in the red, which seemed like an eternity to XRP investors.

Now, crypto traders say that XRP is likely to break higher today and if the bulls manage to prevent a correction, the coin may well reach the $0.33 level in about a week.

The trader who uses the nickname ‘Joker’ tweets that sellers are locking in their profits at the moment by getting rid of their XRP. The coin’s price initially rallied to the $0.24 mark but later on it rolled back a little.

If the bulls manage to hold the price in the current $0.23 area, then in a week XRP has high chances of surging towards $0.33 – another milestone that the community longs for XRP to regain.

Crypto trader @HaraldoXRP states that XRP overcame the 6-month RSI on Tuesday and thus broke out of the downward trend that had lasted for half-a-year. He is bullish and writes that the XRP price may even break higher later today.

‘Ripple’s legal case could be solved in months’

Today, on January 15, the final court hearing on the Ripple case is to take place and the community expects to find out whether XRP will be classified as a security or the case against Ripple will be dismissed.

However, Jake Chervinsky, a lawyer from Compound, has tweeted that the results of today’s hearing will be announced weeks or even months later.

On Wednesday, he writes, there will be an oral argument on Ripple’s motion to dismiss (MTD) the case against it. But such MTDs, the lawyer continues, normally take weeks or months to resolve. He states:

“We likely won't learn anything new.”

In the XRP securities class action, oral argument on Ripple's motion to dismiss is scheduled for 9 am PT tomorrow.

MTDs like this are usually resolved by written order weeks or months after oral argument. Unless Judge Hamilton tips her hand, we likely won't learn anything new.