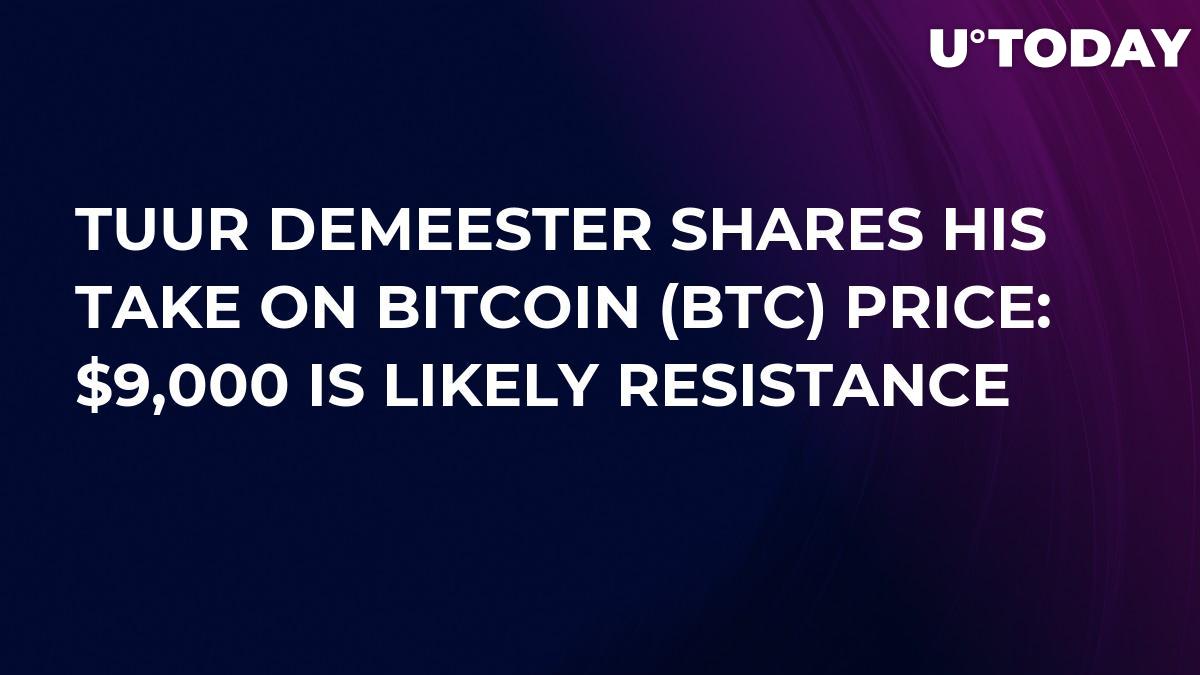 Tuur Demeester, a founding partner of Adamant Capital, has noticed that Bitcoin (BTC) finally managed to record an upside break of the six-month falling channel. Now, it's about time for the leading cryptocurrency to test the $9,000 resistance level.

BTC/USD: We may have broken out of the downwards channel - likely resistance at $9,000. #reaccumulation pic.twitter.com/fBtkv22N6h

Is a key bearish narrative over?

The bear channel that started to form when BTC plunged from its 2019 high of $13,875 had been the most pervasive taking point of Bitcoin bears.

Trading veteran Peter Brandt said that Bitcoin's inability to break out of the channel could result lead to a new local bottom in June 2020 at about $5,300.

However, it seems apparent that the BTC price has finally managed to achieve the feat because of its latest rally.

Brandt opined that the bearish formation could soon as a launching pad for a new parabolic phase that could take BTC to $100,000 as early as in 2020.

Jan. 14 turned out to be another amazing day for Bitcoin with the top cryptocurrency surging by more almost nine percent over the last 24 hours. At the time of writing, it is changing hands at $8,847.

That said, the bulls will soon inevitably have to face the $9,000 resistance level that could be hard to crack. According to Scott Melker, this could be the right time to put some money off the table since the crypto king faces the key hurdle on numerous time frames.

I am taking some money off the table on my $BTC long from $7,700. I think tit's likely to consolidate and continue up, but this has been another epic trade and price is at a key resistance on multiple time frames. Never a bad idea to pay yourself. Daily on left, weekly on right. pic.twitter.com/4sDxXD7OO8

Whether Bitcoin manages to break the $9,000 level or not, it has already had a wild ride in 2020. According to crypto analytics startup Skew, BTC has had its best start since 2012 this year.

This is bitcoin's best start to the year since 2012 pic.twitter.com/Mh3Yf0e798

Will BTC stumble at $9,000? Share your take in the comments!