The controversial crypto boss was accused of money laundering, which is supposedly the reason why he cannot leave China and have lunch with Warren Buffett.

As Coindesk reports, Sun claims that the accusations are “wrong” and the Tron Foundation, which is based in Singapore, is compliant with all local regulations.

He explains that all Tron investors were refunded after the ICO ban in China came into effect, and there was no flow of capital involved.

“The illegal fundraise accusation is wrong. Tron complied with regulators and refunded investors on Sept. 20 in 2017, immediately after the order [of a ban on initial coin offerings] from seven ministries in China,” claims Sun.

As reported earlier by U.Today, Sun is allegedly prohibited from leaving China while there is an ongoing investigation. In the aforementioned post, Sun failed to provide more details about his current whereabouts.

Meanwhile, the price of TRX continues to tank with a 20 percent drop over the last 24 hours, according to CMC data. This is the worst-performing cryptocurrency inside the top 100 at the time of writing. 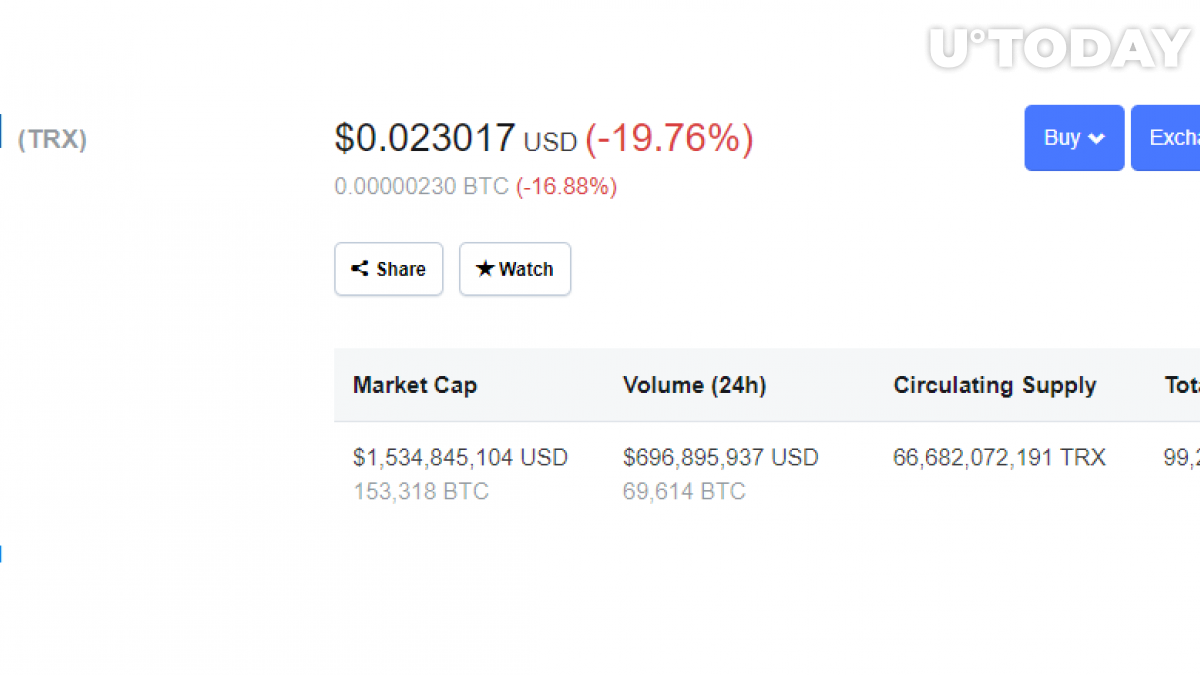