After a sharp growth started at the beginning of the current week, the cryptocurrency market is facing expected rollback. If, a few days ago, Bitcoin SV was ahead of the rest of the top coins, today, it is the biggest loser. Its rate has gone down by 12% over the last day. 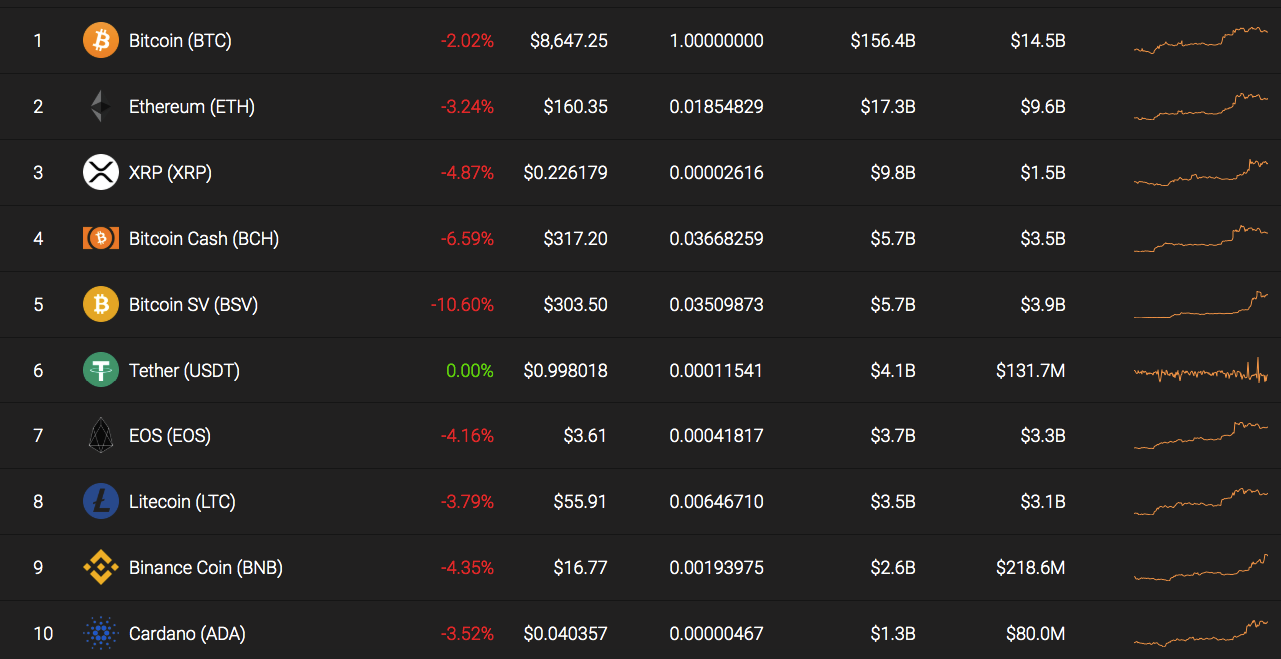 Keep an eye on key information for Bitcoin, Ethereum, and XRP.

Our yesterday's Bitcoin price forecast is already coming true as the expected correction has started. On the 4H chart, the inverted ‘Head and Shoulders’ pattern has been practically worked out by the market. Here one can also observe a good price increase, where quotes left the downward channel. 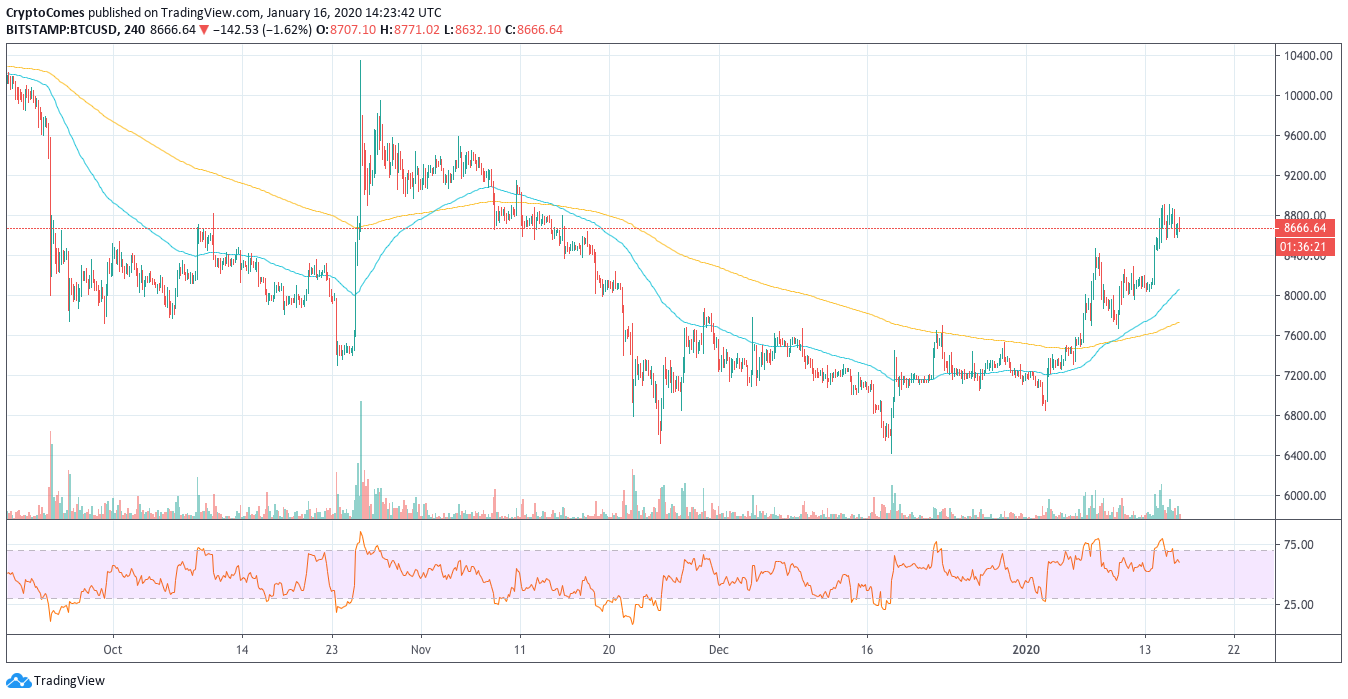 As a short-term trading idea, traders should expect the development of a correction with a test of the broken channel boundary at the level of $7,700, and the continuation of the rise to the first target at around $9,800.

A strong signal in favor of this option will be a rebound from the support line on the RSI indicator. The cancellation of this scenario will be a fall with price-fixing below the level of
$6,875, which will indicate the continued development of the downward movement.

The asset quotes on the daily chart were able to break through the upper border of the Bollinger Bands indicator bands, which indicates the probable end of the downward impulse and strong pressure from the bulls.

A good signal in favor of continued growth is the breakdown of the downward resistance line on the RSI indicator. However, its values test the overbought area, which can trigger the development of correction before the beginning of a strong increase in the value of a digital asset. Because of this, one should not exclude testing at the support level of $155 and continued growth to the first goal at the level of $202. A confirmation of the rise will be a breakdown of the upper boundary of the downward channel with price-fixing above $175.

On the 4H chart, quotes have left the downward channel and are now testing the resistance area.

Here one can also expect an asset value correction with a test of the upper border of the channel near the $0.20 area and continued growth to the first target at $0.27. Its breakdown will provoke continued growth and the next exit of quotations beyond the descending channel. In favor of this scenario, a test of the trend line on the RSI indicator will come out.