Those who still think that the upcoming Bitcoin (BTC) halving is going to be a non-event should take a look at this Bitcoin chart.

It's not a coincidence that this symmetrical triangle that has been forming for more than almost five years is going to resolve right when the Bitcoin block reward is going to finally get resolved. 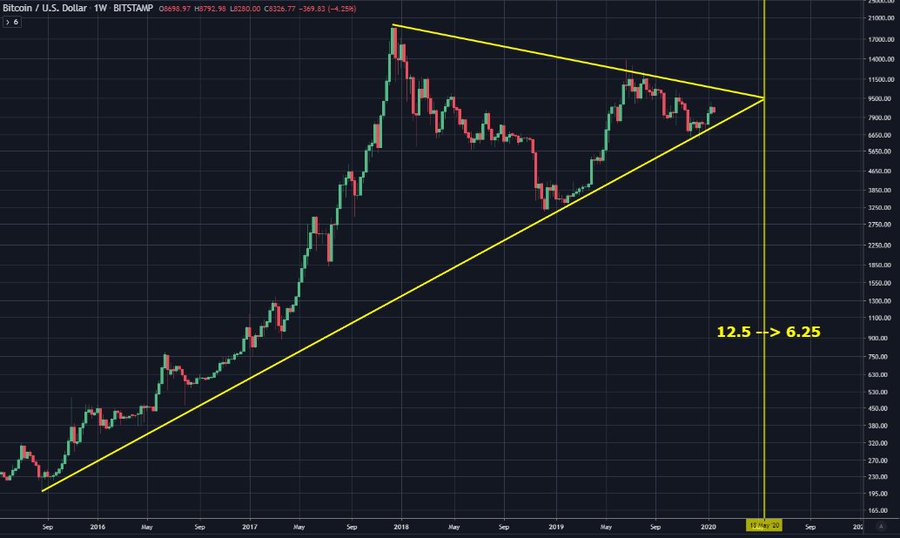 The bad news for the bulls is that Bitcoin is not even close to breaking above the upper line of the triangle, which means that this halving could be extremely bearish for the top cryptocurrency.

On the other hand, Bitcoin could continue grinding along with the lower trendline that has yet to be violated and break above the resistance level. If that is the case, BTC could easily gain more than 100 percent this year, which would be in line with Tom Lee's prediction.

Regardless of whether bulls or bears are going to score a victory, the forthcoming halving is sure to be the ultimate showdown.