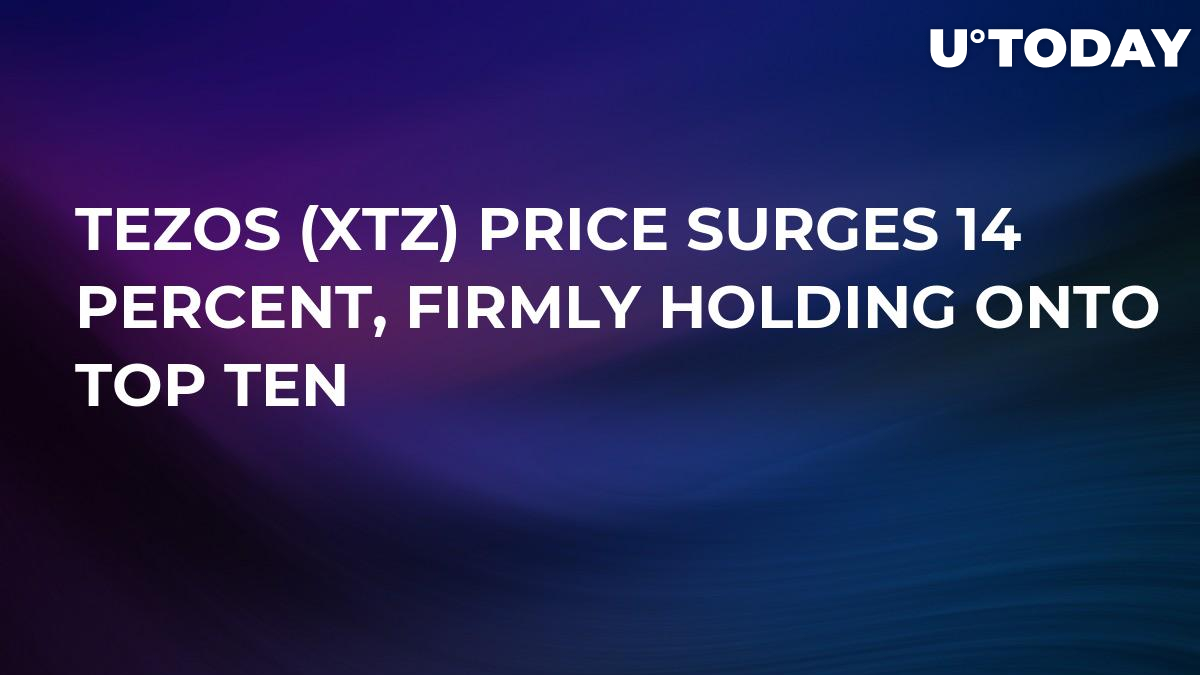 On Dec. 12, the price of Tezos (XTZ) recorded a whopping 12.36 percent increase, which easily made it the best-performing coin among the rest of the dormant top 10 coins. The token is currently changing hands at $1.72, CoinStats data shows.

As reported by U.Today, XTZ stormed into the top ten coins by market capitalization on Dec. 8 for the first time. While some traders had a knee-jerk reaction to call the token's top, it refuses to leave the company of other leading cryptocurrencies anytime soon.

At the time of writing, the market cap of Tezos is sitting at $1.4 bln, thus surpassing Cardano (ADA), its closest competitor, by about $300 mln.

Meanwhile, the gap between XTZ and Bitcoin SV (BSV) keeps getting narrower, meaning that the former could easily end up in ninth place in case of another double-digit pump.

The main catalyst for this rally was apparently Kraken adding XTZ staking on Dec. 11. The exchange offers a six percent reward for those who choose their platforms to store their coins. For comparison, San Francisco-based Coinbase, which added staking in early November, trims its clients' returns to five percent.

Tezos has managed to defy the broader bearish crypto market on multiple occasions over the last couple of months. Staking is now a new hot trend in the cryptocurrency industry with the likes of Kraken, Coinbase, Binance, and Ledger activating support for the tenth biggest cryptocurrency.

Notably, Cosmos (ATOM), the token behind another major blockchain project with a  staking model, is also up by more than 10 percent.