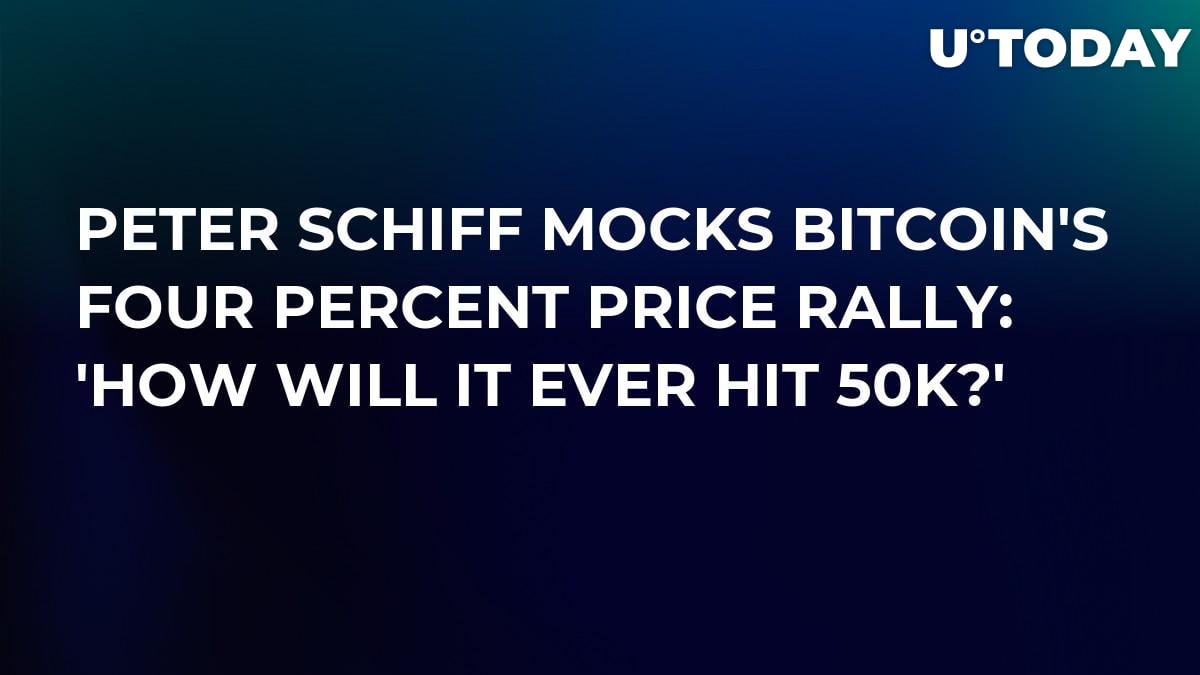 Euro Pacific Capital CEO Peter Schiff is convinced that Bitcoin doesn't have enough dry powder to rally to $50,000 (let alone $1 mln), according to his latest tweet. The infamous permabear came to this conclusion after seeing Twitter overreacting to Bitcoin's modest four percent gain.

For those Bitcoin bugs excited about Bitcoin's 4% rally in 2020, think about this. #Gold is also up by about the same percentage this year, only with significantly less downside risk. If this is the best rally #Bitcoin can muster, how will it ever hit 50K, let alone 1 million?

No reason to celebrate

Once again, Schiff compared Bitcoin to gold, which is also up by more than four percent this year. As reported by U.Today, the yellow metal recently spiked to an intraday high of $1,590 due to growing global uncertainty. While the status of gold as a safe-haven asset is undisputed, some experts are wary of putting Bitcoin in the same category.

Whether you believe that Trump's airstrike made the orange coin price grow or not, Schiff seems convinced that this growth is unlikely to have legs since BTC has more downsize risk than gold.

There is a recent historical precedent that plays into the hands of the gold bug -- Bitcoin completely evaporated its 40 percent China pump in just one month last year.

Must Read
Bitcoin Price Is Forming Major Bearish Pattern, but This Crypto Analyst Is Not Worried - READ MORE

There is absolutely no doubt that the BTC is not hitting $1 mln anytime soon. Even cybersecurity pioneer John McAfee recently flip-flopped on his spicy promise while ultimately abandoning his million-dollar Bitcoin forecast.

However, Schiff, who predicts a new market correction almost on a daily basis, could definitely McAfee a run for his money with his ridiculously bearish targets. He recently suggested that BTC could drop to as low as $100 in a few years, which would represent a 99 percent drop.