The other day, OKEx, the Chinese-based trading platform that has now spread widely around the world and is working in more than 100 various countries, has tweeted that it may have some big plans regarding Litecoin (LTC).

OKEx: Let’s ‘light up the market’

The message posted by the exchange was brief and clear, though without many details.

It's about time to light up the market.@litecoin @SatoshiLite pic.twitter.com/vpC8fLCPQ2

Currently working around the world, OKEx demonstrates daily trading volumes of $1.5 bln, while operating more than 400 crypto assets on spot markets and futures markets. The exchange has already been trading Litecoin quite actively. However, the Twitter message clearly says that the team has something new on their mind.

One of the options is that OKEx could be adding LTC-based pairs with other digital coins. This might serve as a major step towards bigger LTC adoption as a base currency, although this does not appear to be possible. LTC is not rated as a highly important coin to make it a base currency, unlike XRP, for example, which was adopted as a base currency by many exchanges earlier this year.

The dates mentioned in the tweet (May – August 2019) may also refer to the approaching halving of the LTC block reward, which is due to take place on August 6. Whatever is planned by OKEx could be linked to this major event for the LTC network.

OKEx might be up to implementing the Lightning Network

Another option, judging by the lightning bolts on the OKEx tweet, suggests that the exchange may be hinting at the implementation of the Lightning Network.

At press time, LTC is trading at $87.21 per coin, sitting in position #5, showing a slight decrease, per CoinMarketCap. 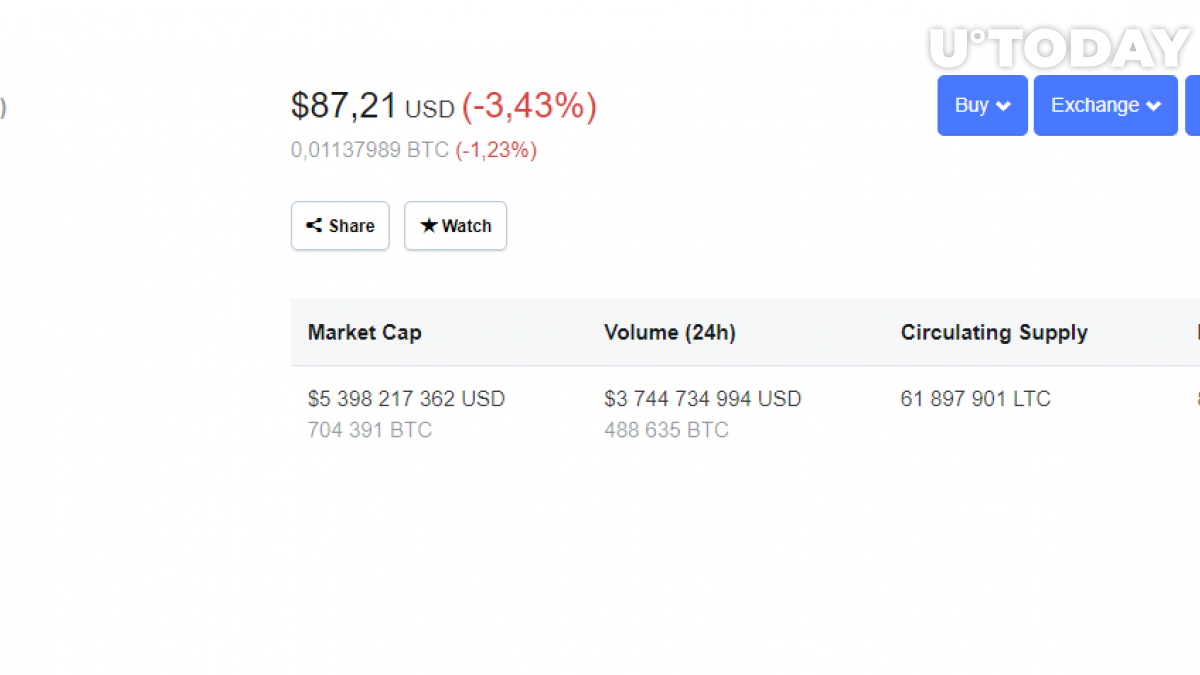