Alex Dovbnya
Crypto might be less volatile than Venezuela’s Bolivar, but it’s still not a viable option for providing stability to struggling economies 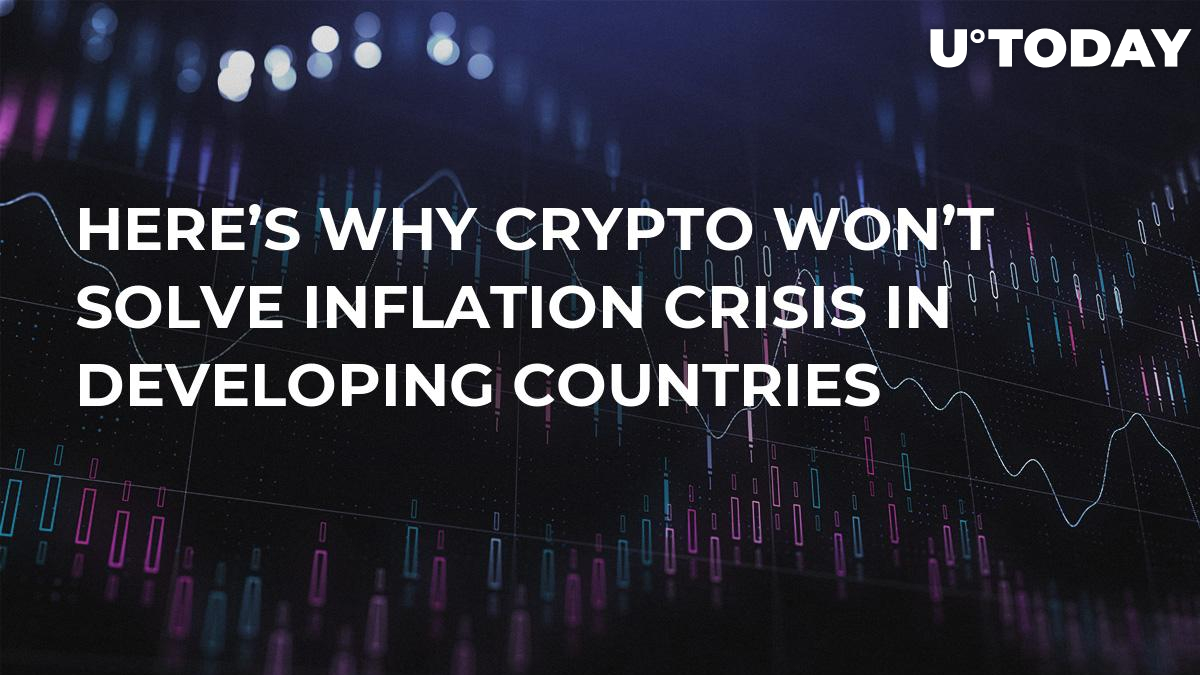 While there is a common belief that cryptocurrencies are an ultimate solution for poverty-stricken nations that suffer from hyperinflation, a recent report shows that it’s not the case. Even Bitcoin (BTC), let alone other altcoins, is way too unstable to actually bring stability.

Related
Venezuela Officially Ties Bolivar to Petro in the Midst of 100,000 Percent Inflation

The lack of stability

Diar, a company that analyses Blockchain-related data, concludes that not a single cryptocurrency is able to solve the financial crisis that is plaguing the whole nation. However, this doesn’t come as a surprise given how volatile this industry is.  Even the biggest cryptocurrencies are not immune to constant price fluctuations. In order or to tackle the inflation problem, cryptocurrency assets have to preserve their purchasing power throughout the year.

As U.Today reported earlier, Dash (DASH) is witnessing a rapid adoption in Venezuela where the inflation rate is expected to top one mln percent by the end of 2018. Notably, this socialist country has already the company’s biggest market in the middle of an ongoing economic crisis. While the bolivar is currently experiencing a mammoth-size inflation, Dash is also not even remotely stable, losing 84 percent of its value in 2018. Bitcoin, the flagship cryptocurrency, fell by more than 53 percent.

At the same time, the research points out that cryptocurrencies still must be used in countries with unstable economies. The currencies that have a predetermined supply of tokens have a lower chance of inflation. For instance, Cardano (ADA) has a fixed supply that will not be increasing (at least in the nearest future) while top cryptocurrencies like Bitcoin and Litecoin (LTC) are unstable because of an increasing supply inflation.