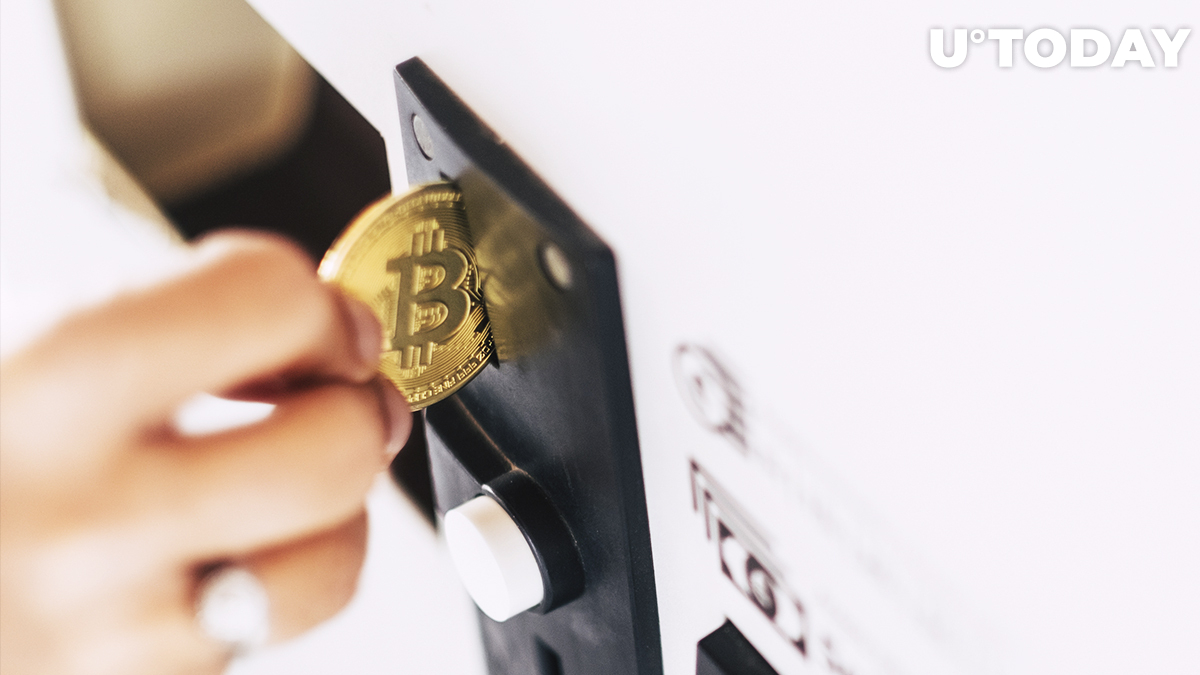 What is Bitcoin ATM Pros, and how does it solve the problems of crypto-to-fiat conversion?

Bitcoin ATM Pros is a team of heavy-hitting professionals from various segments of the cryptocurrency sphere. Its primary goal is developing and maintaining a network of Bitcoin ATMs and Over-the-Counter (OTC) exchange desks across the globe.

Bitcoin ATM Pros involves many no-coiners in the Web3 revolution as buying crypto through ATMs remains the simplest and most comfortable way for newcomers to purchase their first digital assets.

BAP Token is a core native asset of Bitcoin ATM Pros and a pivotal element of its tokenomic architecture. It allows retail crypto investors to support Bitcoin ATM Pros R&D, technology progress and promotion, as well as allowing them to benefit from the product’s revenue.

What is special about the business model and offering of Bitcoin ATM Pros?

What is a Bitcoin ATM, and why do we need them?

A Bitcoin ATM works like an ordinary ATM (“cash exchanger”) that allows you to cash out your funds from a debit/credit card or deposit them to a bank account. Additionally, ATMs allow bank clients to pay bills, initiate cross-border money transfers, send money through SEPA or IBAN networks and so on. Modern ATMs work with all card systems, including Visa, Mastercard and MIR.

Bitcoin ATMs are designed to buy or sell Bitcoins (BTC) via the funds stored on their cards and bank account. A user only needs to enter his/her PIN: the ATM creates a Bitcoin account in an automated manner and displays its data (public and private key) to the newbie Bitcoiner.

Largely, Bitcoin ATMs are installed in the United States and European Union. However, amidst the 2017 Bitcoin euphoria, some networks installed their ATMs in Latin America and the CIS.

Typically, Bitcoin ATMs are used by crypto newbies to purchase their first fractions of “digital gold.” As such, the majority of Bitcoin ATM transactions are for small amounts.

What are the main problems with Bitcoin ATM adoption?

There are a number of serious limitations preventing the Bitcoin ATM concept from reaching global adoption. The most dangerous ones include legal, security and accessibility barriers.

Legal issues. Many countries imposed draconian regulatory burdens on the entire crypto and blockchain segment. Even crypto-friendly countries are extremely cautious when it comes to crypto-to-fiat conversion and remittances. Also, it is difficult to perform due diligence and KYC/AML checks. As a result, regulatory-compliant Bitcoin ATMs are extremely rare.

Security issues. In many countries and places, it is not secure to exchange large sums of money through Bitcoin (BTC) ATMs. Both Bitcoin ATMs and their clients are frequently attacked by criminals.

Accessibility issues. In 2021, exchanging fiat to crypto through an ATM remains uncomfortable because the nearest ATM may be located very far from interested cryptocurrency enthusiasts. Also, their operational fees remain too high: they can exceed 10% while major mainstream on-line exchanges like Localbitcoins offer orders of magnitude lower commissions and far more comfortable UX.

Founded by Michael Cuillard in 2017, Bitcoin ATM Pros is a U.S.-incorporated startup that addresses the segment of Bitcoin ATM installation and maintenance. Also, it creates and maintains a network of OTCs designed to exchange Bitcoin  and other major cryptocurrencies.

As of Q4, 2021, its global network includes 10 ATMs and OTCs in three countries. Twelve high-end professionals curate the progress of the Bitcoin ATM Pros service.

In the near future, its ecosystem will also include Coinpros, a native decentralized exchange with a noncustodial wallet for retail users.

The tokenomics of the product is built around BAP token that allows every Bitcoin ATM Pros supporter to benefit from its success. In early October 2021, the project started paying dividends to all BAP holders, turning this token into a go-to passive income instrument for crypto enthusiasts with various levels of expertise in blockchain and fintech.

Since its launch in 2017, Bitcoin ATM Pros is focused on advancing the cryptocurrency and Bitcoin adoption around the globe. According to its creator’s interview, the project’s primary goal was to obtain all necessary licenses to allow crypto holders to authorize their transactions securely without legal risks:

I worked higher up at Verizon for several years, then turned to run a Solar company for a few years, excelling at each individually. We've worked extremely hard to obtain the necessary licenses, including an MTL-409, enabling us to transmit cryptocurrency to anyone anywhere in the entire world.

As a result, Bitcoin ATM Pros is authorized by the U.S. Financial Crime Enforcement Network (FinCEN). Its Money Services Business (MSB) registration number is 31000153920955; it can be checked through publicly available registers.

The ongoing project’s development phase started in June 2021 with a new roadmap, new whitepapers and the activities of the Turkish and German communities. In July 2021, the Bitcoin ATM Pros team expanded its marketing activity and partnership campaign. Also, they installed a number of new ATMs in the United States.

In November 2021, the first Bitcoin ATM Pros machine will be sent to Turkey and the team will open the“over-the-counter” exchange service in San Diego, California.

To accelerate the community activity of Bitcoin ATM Pros, its team launched the BAP Token in July 2021. Right now, it is available for sale on Baptoken.com, while listing on major centralized cryptocurrencies exchanges is expected in Q4, 2021.

All investors in BAP will receive 10% of dividends from the ATM network in all countries of availability.

The current token’s price in pre-sale round 2 is $0.11, the pre-sale round 1  price was as low as $0.05. This upsurge reflects huge interest in the product and its token among crypto enthusiasts from various regions.

Bitcoin ATM Pros is a FinCEN-regulated global network of Bitcoin ATMs. It allows crypto newbies to purchase their first Bitcoins with cash in a regulatory-compliant manner. The project is active in the U.S., Germany and Turkey.

Its ecosystem includes Coinpros centralized crypto exchange and BAP token for the community. All holders of BAP tokens share 10% of revenue generated by the ATM network. Also, BAP token should be considered the crucial element of a product's tokenomics and a pivotal community management instrument for the DeFi era