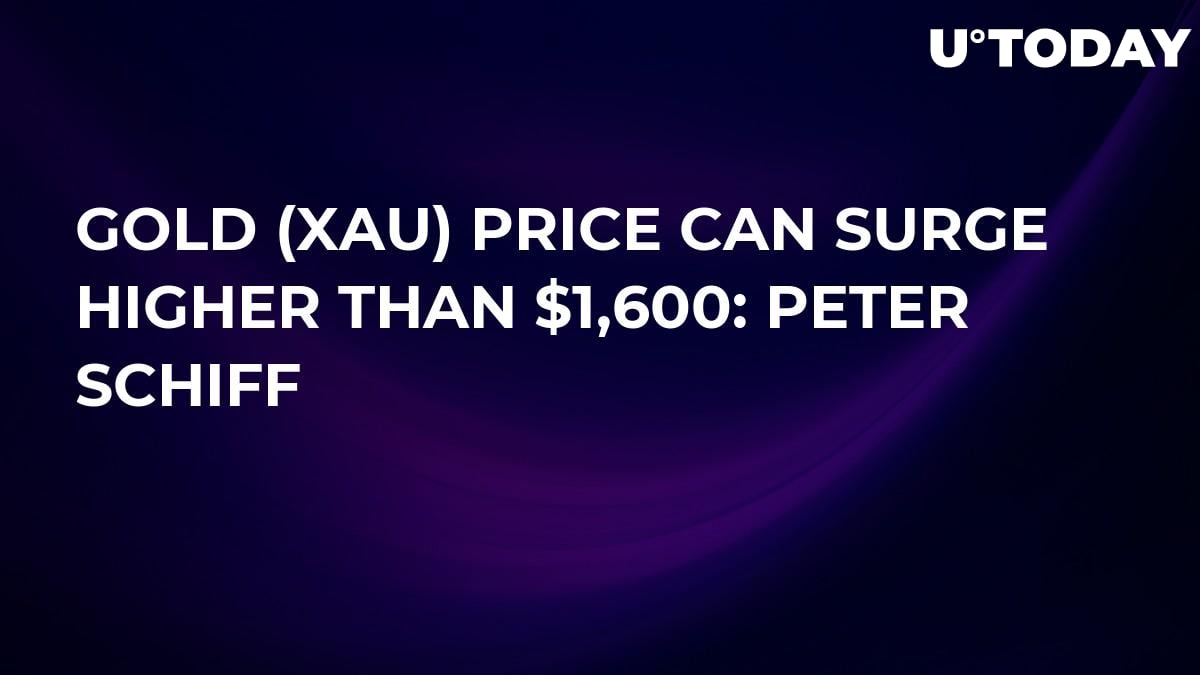 Euro Pacific Capital CEO Peter Schiff has taken to Twitter to predict that the intraday high of $1,610.90 per ounce might not be the "blow-off" top for gold. The famed financial commentator says that there is not enough bearishness in the market for that to be the case.

The mainstream view is that last night's high in #gold was a blow-off top. There is too much bearishness for $1,600 to be the high for a long-term bull market during which the price of gold has quietly risen by over 50% in the past 4 years.

The most recent sell-off was predicted by market analyst Todd Horwitz who recently wrote that gold could drop to as low as $1,500.

"For now, our expectations are that the metals should see a reasonable sell-off of another 5%-6% from where it is trading right now. In other words, we would not be surprised to see a pullback to the $1,500 -$1,520 level."

As U.Today reported, Bitcoin, gold, and oil surged in tandem after Iran fired missiles at Iraqi military bases with US troops. This was particularly significant for the yellow metal given that it briefly touched $1,600, the psychologically important level it hasn't seen since 2013.

Must Read
Gold Price Inches Closer to $1,600 After Reaching Its Highest Level Since 2013 - READ MORE

However, US President Donald Trump backed away from escalating military confrontation with Iran during his much-awaited, which inevitably led to the retreat of the top store-of-value asset. The yellow metal is currently trading in the $1550-$1560 range after shedding its tumultuous gains that were directly linked to geopolitical tensions.

Unlike gold and silver, palladium didn't react to Trump's peace-making comments and retained its 2.2 percent gains.