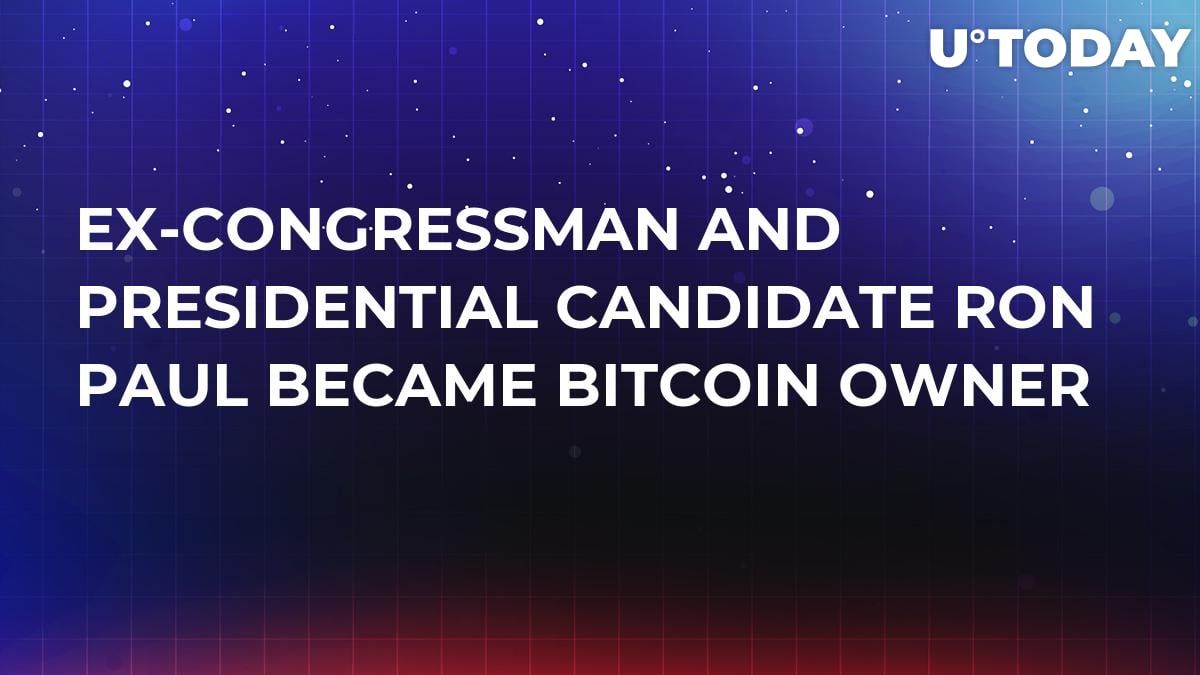 On his Twitter account, Bobby Lee, who serves on Bitcoin Foundation's Board of Directors, published a photo of him presenting his first Bitcoin to the former US Congressman and Presidential Candidate Ron Paul.

It was a special serial number AA000820 to match his birthday! And he loves the #Gold color. 😊 https://t.co/B1iQQKFYNq pic.twitter.com/L8eEStvG2A

At the 2019 Litecoin Summit, Bobby Lee's startup (Ballet) revealed a gold-plated physical Bitcoin wallet called REAL. Not only does this wallet allow for individuals to load Bitcoins onto it, but that it is also designed for cold storage of cryptocurrencies. Charlie Lee was present at the meeting with Paul.

The tweet says that the wallet is customized specifically for the former US congressman:

“It was a special serial number AA000820 to match his birthday! And he loves the #Gold color.”

Paul has been featured increasingly in the crypto industry. As a rule, his position boils down to criticism of the Fed. Recently, Paul said that the Fed should not think about creating its own cryptocurrency because they will fail.

Now, the former US Congressman has even more reasons to uphold Bitcoin in society. It will be interesting see what occurs down the road.

Starting with a simple interest in cryptocurrency, over the past two years, Denis has worked in a cryptocurrency fund and become an author with an analytical bias. His engineering degree helps with the analysis of the technical part of the cryptocurrency market. As a fan of cryptocurrency, Denis believes that the blockchain technology is the future.