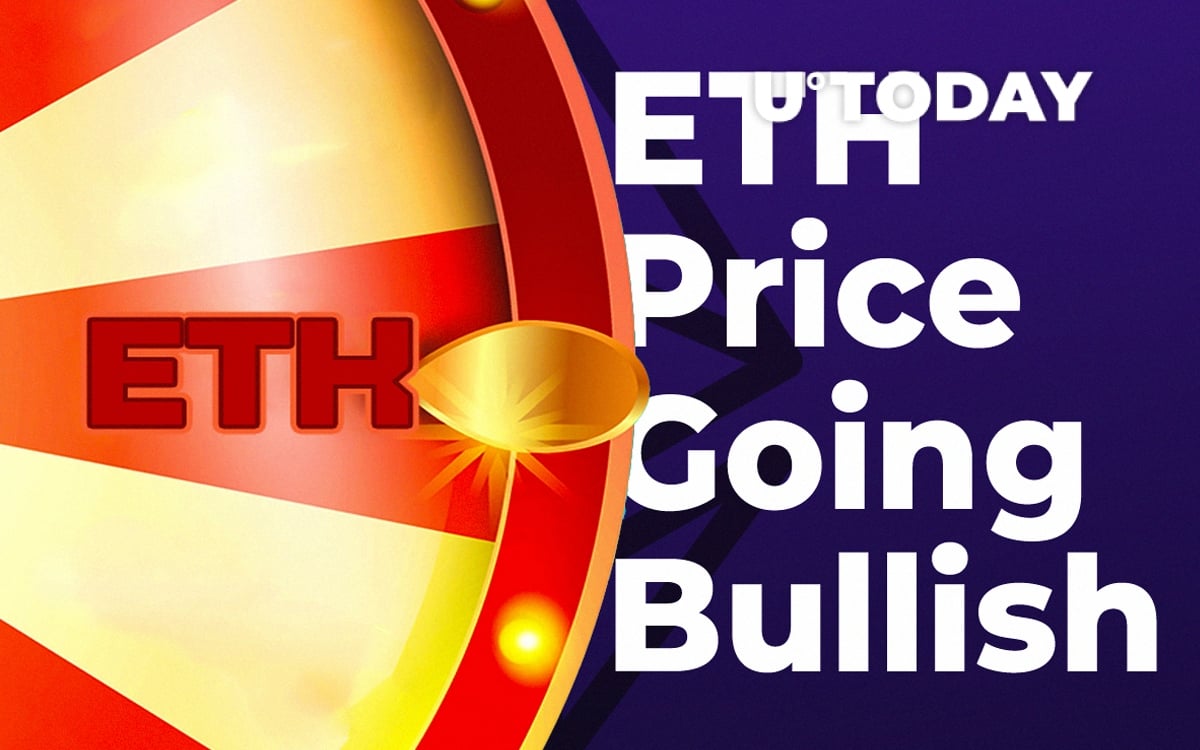 Analysts who have recently been carefully watching Ethereum, have been expecting ETH to start pumping any given day. Now, as Ether is rising almost 15 percent, many traders are offering bullish ETH forecasts.

It is behind Tezos, ranked in the top 10, and is pumping nearly 25 percent.

Trader 'CryptoWolf', while watching an ETH/BTC chart, states that while trading at $250, ETH has not even started pumping yet. He reckons that a fair value for ETH would be twice as big as it is now - $500.

He reminded the community of the time when Bitcoin dropped to $10,300 back in 2018 and Ethereum was trading at $750. Now, CryptoWolf says, ETH is heading back to this equilibrium price mark.

Crypto trader Ethereum Jack says that Ethereum and BTC are both continuing their rally with ETH having just broken a resistance.

Scaling back in and looks like we continue the rally

Twitter user ‘TraderXO’ says that ETH has a chance of reaching $279 per coin (0.027000 BTC), provided that the current level holds and prints a ‘Show of Strength’. In that case, he believes the bullish trend for ETH and other altcoins will continue for a few weeks.

However, he also believes a deep reversal may take place. 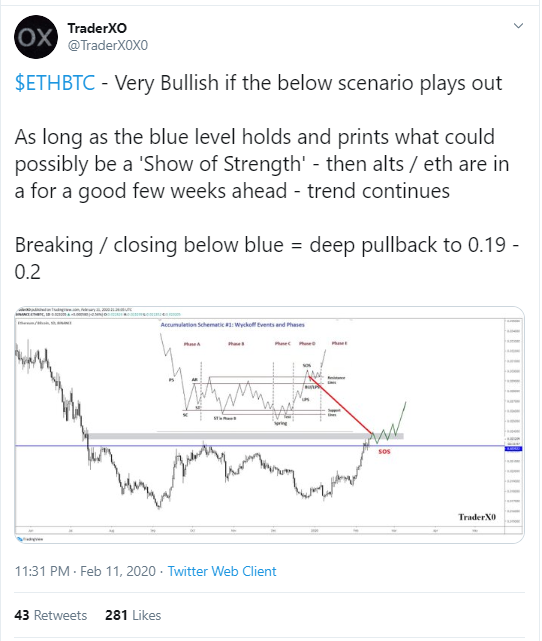 Must Read
Bitcoin (BTC) Is the Victor in a World of Fiat Currencies: CNBC's Guy Adami - READ MORE

As reported by U.Today in previous stories, analysts have been pretty bullish on the price level Ethereum is likely to reach in the near term. Among the predicted figures have been $250, $290 and $553.

Crypto trader BTC_Macro assumes that ETH may reach an astounding $10,000 in the next bull run.

Last week, Mike Novogratz shared his view on ETH, saying that, after reaching $200 in a few days, the coin will conduct a bigger move.