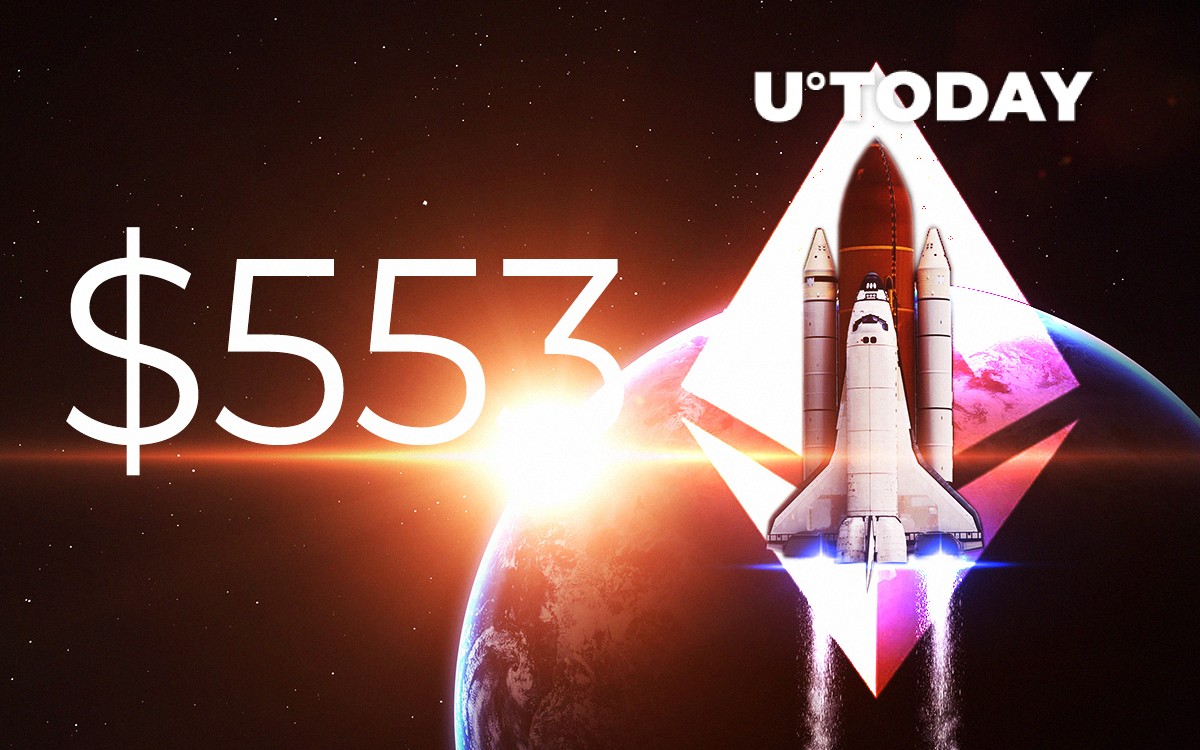 Ethereum is the second-largest cryptocurrency and, for many in the cryptocommunity, the second major bet after Bitcoin.

After the price rise that took place on February 5, when ETH crossed the $200 threshold, Vitalik Buterin’s coin hit $229 on February 9. After that, ETH dropped a bit and is now trading in the $220 area.

Some crypto traders believe that, in the short term, Ethereum is likely to resume its upward movement.

Crypto analyst Michael van de Poppe is one of those who have been closely watching the ETH charts. He suggests that, provided ETH remains above the $212 level (0.0217 Satoshis), the second biggest coin may start surging towards $251 (0.0257 Satoshis). 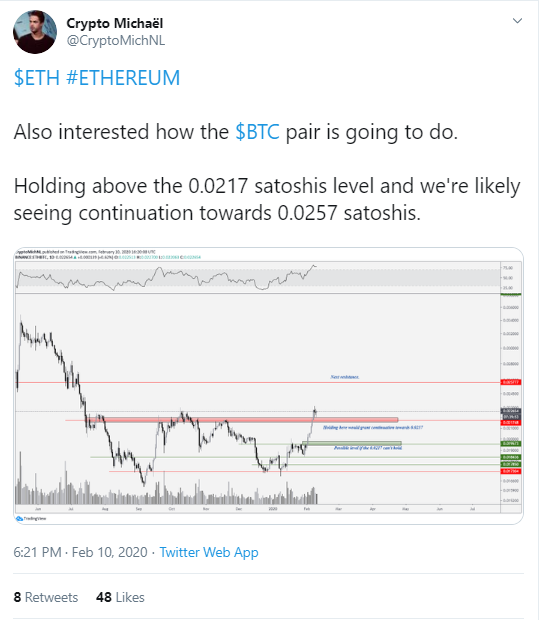 Ethereum may start moving towards $553

Crypto trader and analyst ‘CryptoWolf’ has posted a chart, commenting that, should ETH close above the neckline resistance it previously overcame, the price is likely to skyrocket. On the chart, the $553 level is marked (0.05660 Satoshis) as the destination. 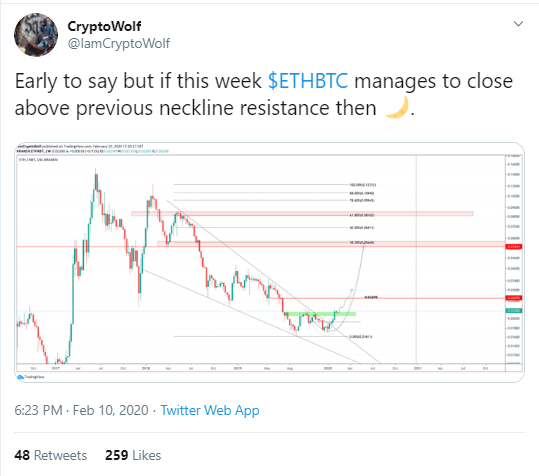 As reported by U.Today earlier, an Ethereum-based app, Audius Music, recently kicked off on the AppStore. This was announced on the AppStore’s Twitter page that boasts 4.5 mln followers.

The dApp is a competitor to Tron-based platforms such as VibraVid and allows content creators to directly link with consumers and monetize their work. In particular, Audius Music is made for musicians.

Some in the crypto industry refer to it as SoundCloud on the blockchain.