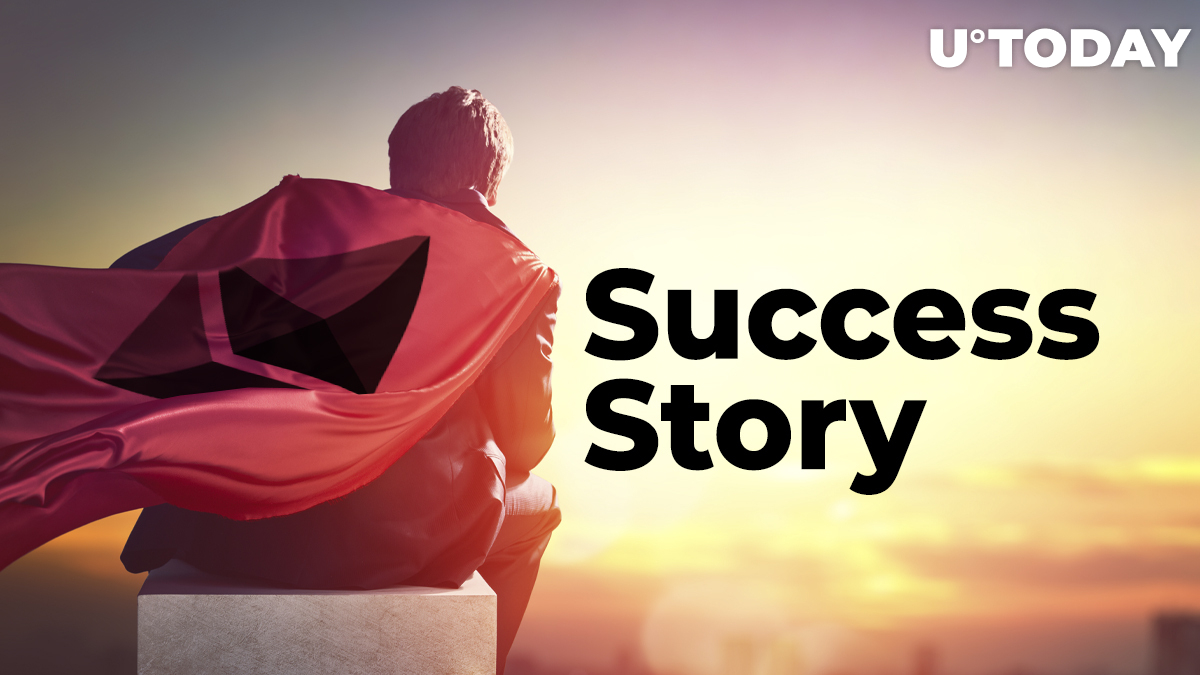 Dan Conway, a former middle manager from San Francisco, has recently shared a fascinating story about how one bold bet on Ethereum completely changed his life.

In his lengthy blog post, Conway described his professional life as "desperation." Despite making a cool $150,000, he hated being part of corporate America, which is why he was looking for a way to escape it.

Once, he accidentally read an article about Bitcoin back in 2015 when the value of the top cryptocurrency collapsed to just $300 after reaching $1,200 in 2013. That was Conway's lightbulb moment that allowed him to enter the crypto rabbit hole.

Shortly after, he moved from Bitcoin, the very first cryptocurrency, to Ethereum. The obscure altcoin that appeared in July 2015 gradually made him obsessed.

"I listened to Ethereum podcasts while walking the dog. I read about Ethereum during every spare minute I had at work. I rejiggered my Twitter feed to follow mostly Ethereum-related accounts. I absorbed hours of Ethereum commentary on YouTube."

Make it or break it

His Ethereum obsession turned him into a very speculative investor. Despite his wife's disapproval, he decided to invest all of his life savings (about $100,000) into Ethereum when it was trading at just $14.

Then, the Decentralized Autonomous Organization (DAO) got hacked in June 2016, which led to a collapse of the ETH price. Conway's initial investment dwindled to just $40,000 in December, but he was still more confident than ever in the future success of the project.

His bet started to pay off while with ETH going through the roof in 2017 because of the ICO craze.

When Conway watched grandparents and taxi drivers hopping onto the crypto train in December 2017, he decided that it was the right time to call it quits.

Must Read
Bitcoin Supporter Peter McCormack: DAI Too Complicated for Normal People to Use - READ MORE

Warning: don't try to repeat it

In 2019, Conway can boast his fat bank account in Wells Fargo and fancy vacations around the globe. Having left crypto about two years ago, he now claims that crypto might pop again. However, he doesn't want anyone to replicate his success story.

"But I don’t recommend that anyone try to replicate what I did. Luck played a significant role in my success."

While enjoying his cozy life, Conway confesses that he misses the adrenaline rush of the crypto market.

"Crypto no longer consumes me. But every now and then, after the kids are asleep, I lie awake thinking back on the rush of the market. And I miss it like hell."