On March 26, Weiss Cryptocurrency Ratings published a report where they graded the most popular cryptocurrencies from A (‘excellent’) to F (‘failed’) based on numerous factors, such as technology, the level of adoption, investment risk, etc. EOS, Ripple’s XRP, Bitcoin, and Binance Coin are at the top, but none of the coins got the highest grade.

The methodology behind the ranking

One of the leading financial rating agencies gave each of the evaluated coins two separate grades for short-term investors and long-term investors. The former focuses on the technology behind a certain currency, taking into account numerous software capabilities (scalability, anonymity, energy efficiency, etc.), and the rate of adoption. Meanwhile, the former strictly factors technical analysis of the coin’s price movements and determined the risk/reward rating.

There are also two ratings – one of them displays the overall grade while the other only takes into account the technology and adoption metrics. EOS, which got B-, appears to be the best digital asset on the market when all parameters are included. The fifth biggest cryptocurrency by market capitalization is followed by XRP, Bitcoin, and Binance Coin. However, BNB is a black sheep among these four given that its mark was largely inflated by a recent price surge that might turn out to be a fluke. 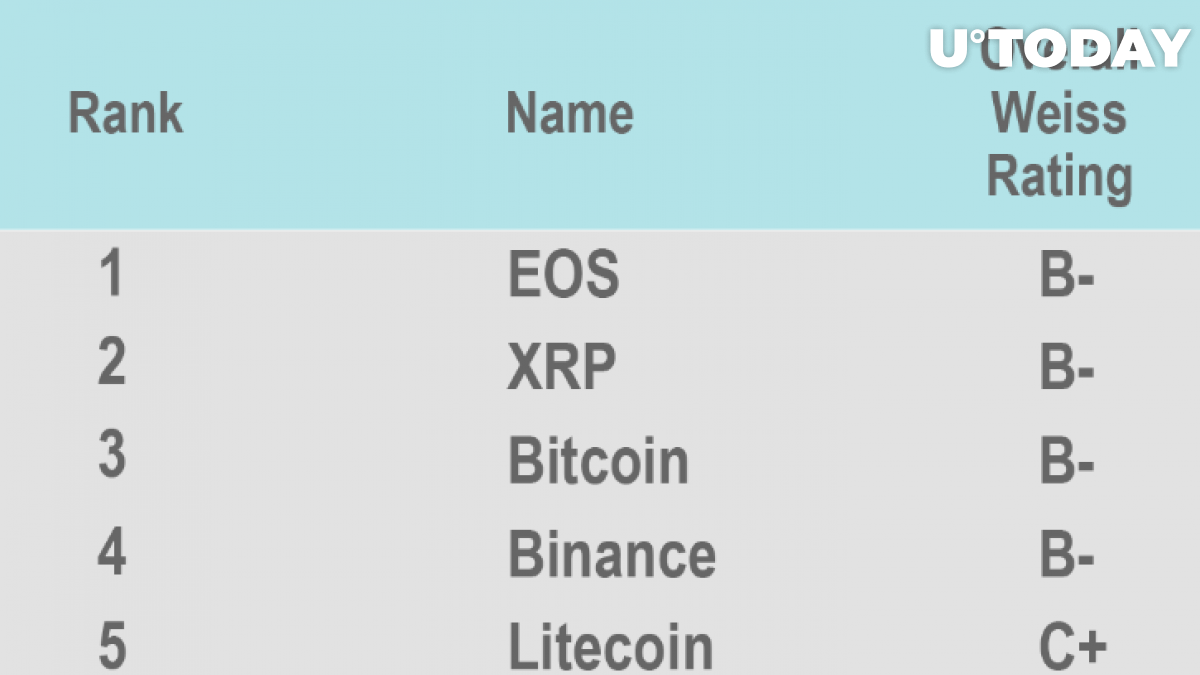 Notably, XRP, BTC, and EOS have all aced in the tech/adoption department, which means that these coins could be the best bet for long-term investors. 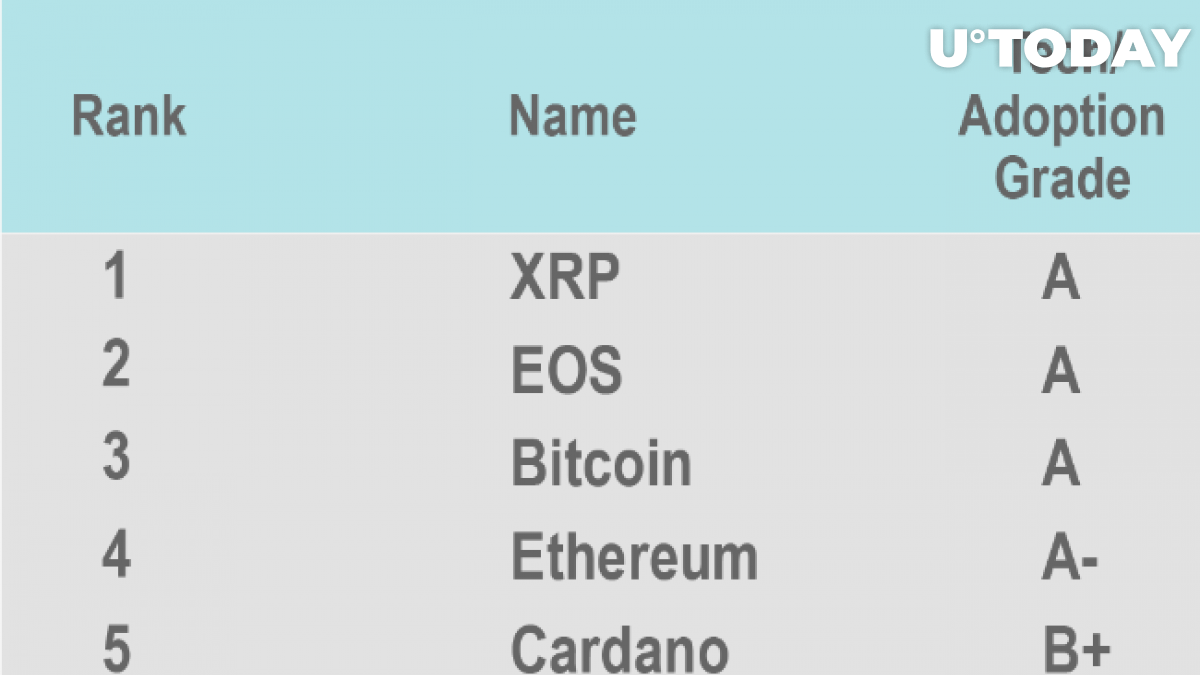 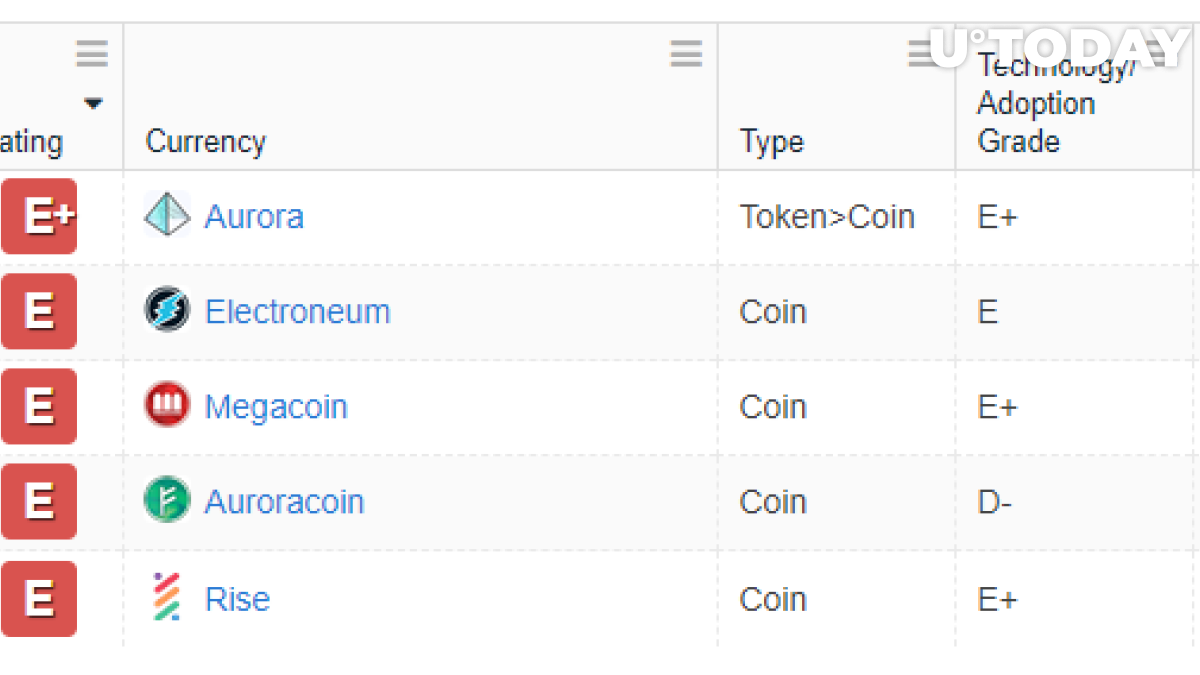 SEC's 'Crypto Mom' Gets Nod from Trump. Will She Approve Bitcoin ETF?