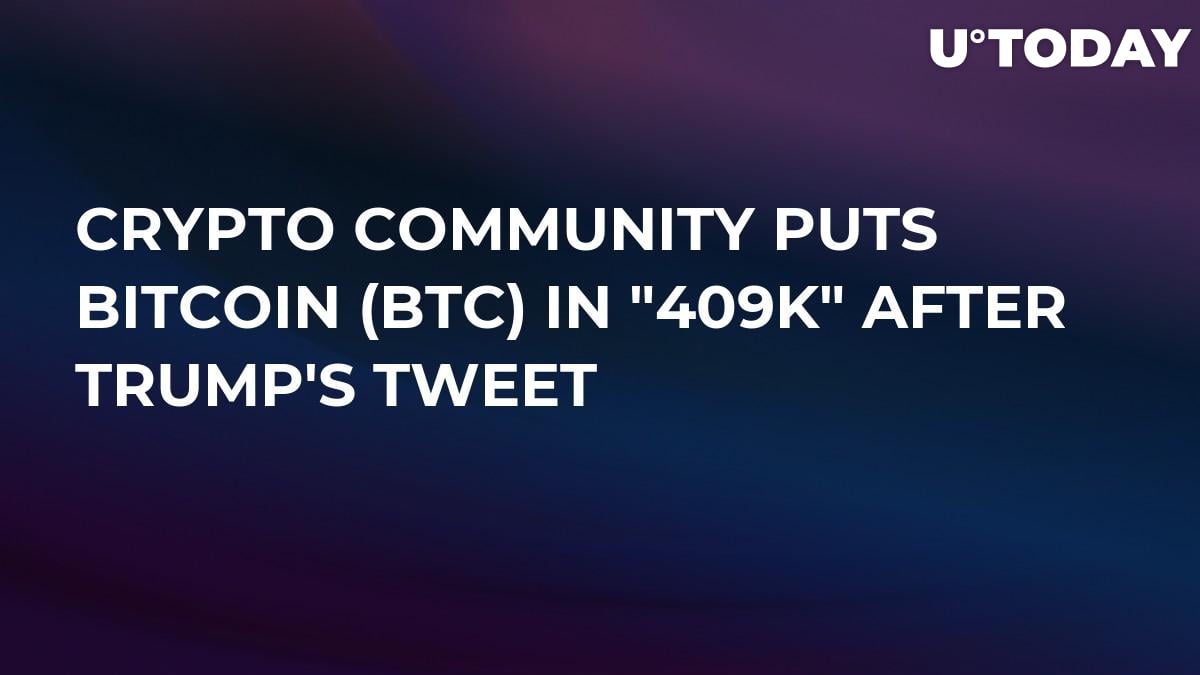 Members of the cryptocurrency community are now putting their Bitcoin (BTC) in their non-existent 409K accounts. In such a way, they are obviously mocking a hilarious typo in Donald Trump's latest tweet.

After successfully de-escalating the military confrontation, Trump fired off new tweets about the ongoing impeachment trial. He also couldn't afford to lose an opportunity to brag about fresh stock market gains. On Wednesday, the Nasdaq and the S&P 500 reached new record highs on the news about the US backing away from a potential war with Iran.

However, instead of mentioning 401(k) plans (the retirement savings of American citizens), he typed "409K's" in his now-deleted tweet.

Twitter exploded after this early-morning mistake with users posting both jokes and high-brown theories.

Hey...if a typo from the President brings more awareness to retirement savings vehicles...I'm all for it...#409k

Bitcoiner Udi Wertheimer even went as far as buying all 409k domains.

Meanwhile, Crypto.com's CEO Kris Marszalek suggested that this could be a new Bitcoin price target.