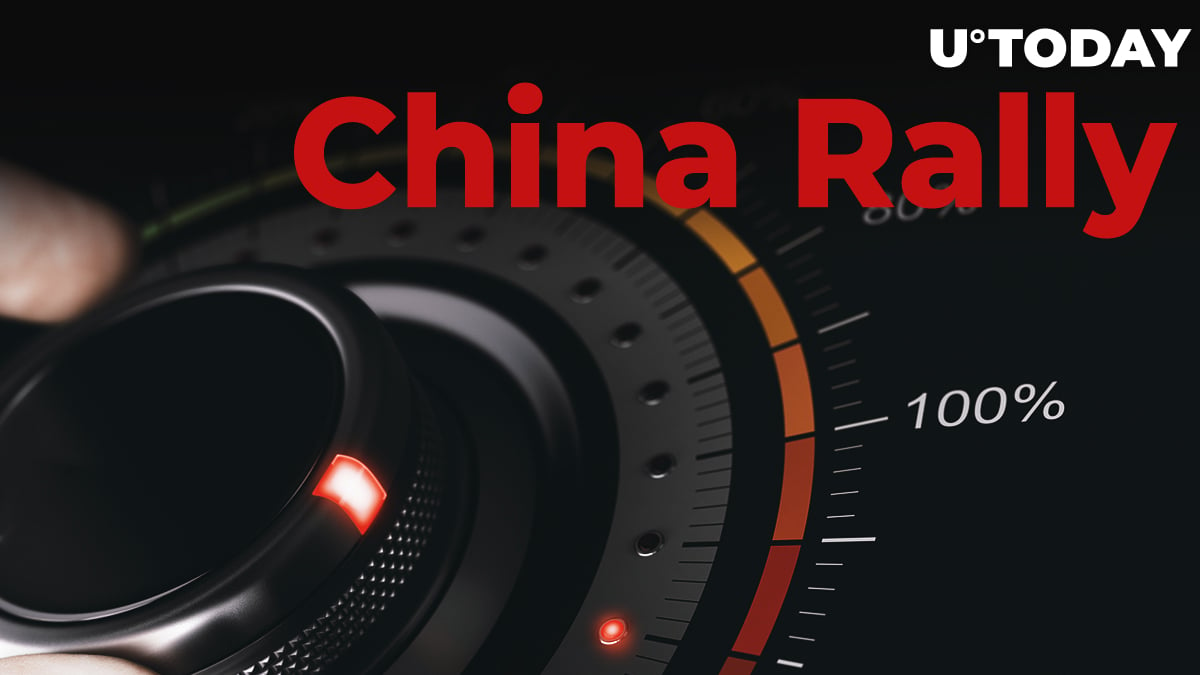 A bevy of Chinese altcoins is rallying hard once again. According to data provided by cryptocurrency tracker CoinStats, NEO (NEO), VeChain (VET), and Ontology (ONT) are among the best-performing coins at the time of writing after recording double-digit price gains.

Must Read
EOS Remains in First Place on China's Updated Crypto Rankings. What About Tron, Ethereum and Other Coins? - READ MORE

Cryptocurrency trader "Paddy Stash" says that NEO has formed another higher high after holding support, which might signal further price gains. NEO is currently the 20th biggest coin by market capitalization with its market cap sitting at $860 mln.

$Neo and other Chinese projects are doing exactly what I was hoping.. Held support like a champ and just made a new higher high.. This is the start.... Now it's just a matter of when $ETH busts that upcoming resistance, then BOOM! https://t.co/TuMpEu1hCG pic.twitter.com/UseDiuirpw

This is already the second China-specific rally in less than a month. As reported by U.Today, the aforementioned coins spiked by more than 40 percent after Chinese President Ji Xinping showed his support for blockchain, the very technology behind the vast majority of cryptocurrencies.

This gave legs to the narrative was the main catalyst for Bitcoin and top altcoins, which also surged hard after President Xi's U-turn on crypto.

In other news, China's oldest newspaper had a front-page article about Bitcoin, which shed light on the main peculiarities of the top coin.