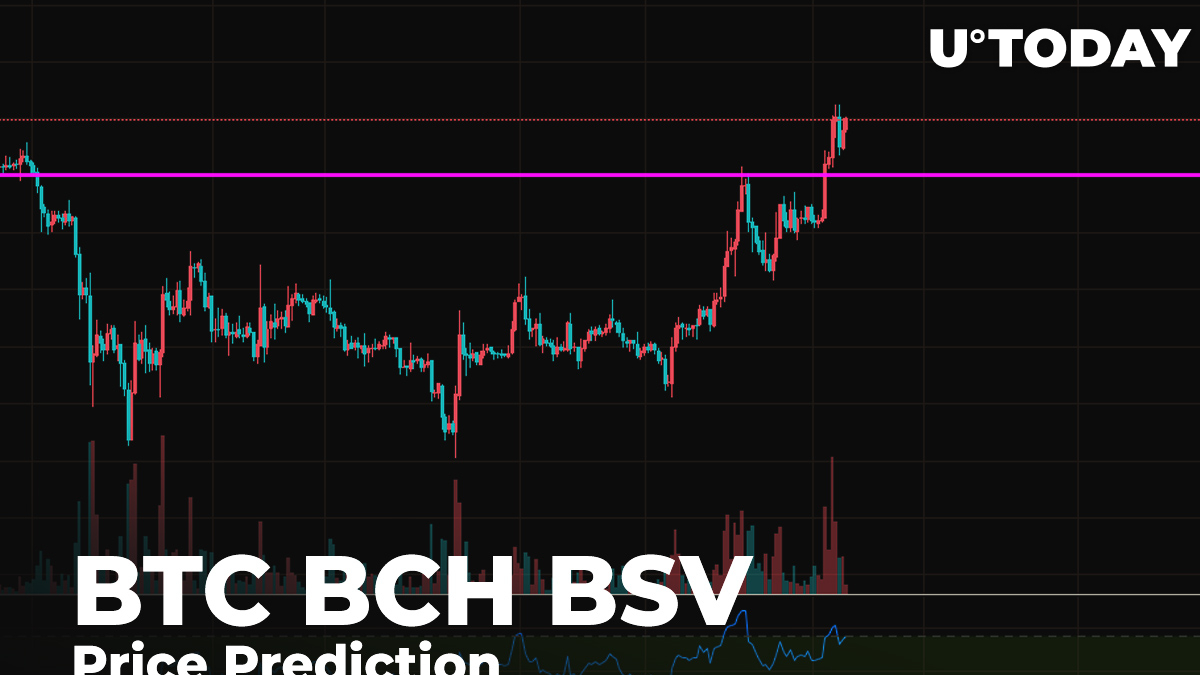 It looks like buyers have come to the cryptocurrency market. Since Monday, trading volumes have increased markedly. The indicator of total market capitalization has grown by 9.6% and its value at the moment is $238 Bln. All top 10 coins have remained in the green since yesterday.

The main data for Bitcoin, Bitcoin Cash, and Bitcoin SV is pointing in the opposite direction.

Our recent Bitcoin forecast has justified itself and the leading crypto has achieved the expected $8,800 level.

Although Bitcoin has reached almost $9,000 in just a few days, it is likely to face a decline soon. The coin is already oversold based on the Relative Strength indicator on the 6H chart.

In addition, there are long candle wicks at the local heights. In this case, the closest point BTC might drop to is $8,400.

Against the backdrop of general positivity, another good impulse came after the breakdown of consolidation. The goal of $305 was overcome almost simultaneously and the price, in a matter of minutes, reached a value of $350.

The chart shows that there was no trading volume increase against this growth. As a result, there is a high chance for Bitcoin Cash to face a correction phase from the current levels. The nearest levels are $280 and $230 which might be reached within the next few days.

Bitcoin SV resembles Bitcoin Cash in terms of the reasons for the price rise as the current growth can be considered simply a pump.

On the hourly chart, Bitcoin SV has shown spectacular growth recently. However, it happened against the declining trading volume index. Furthermore, BSV is located within the 'Triangle' pattern with a possible down breakout. Respectively, as a short-term scenario, traders might consider the area of $320 as the first stop for bears on the way to further decline.