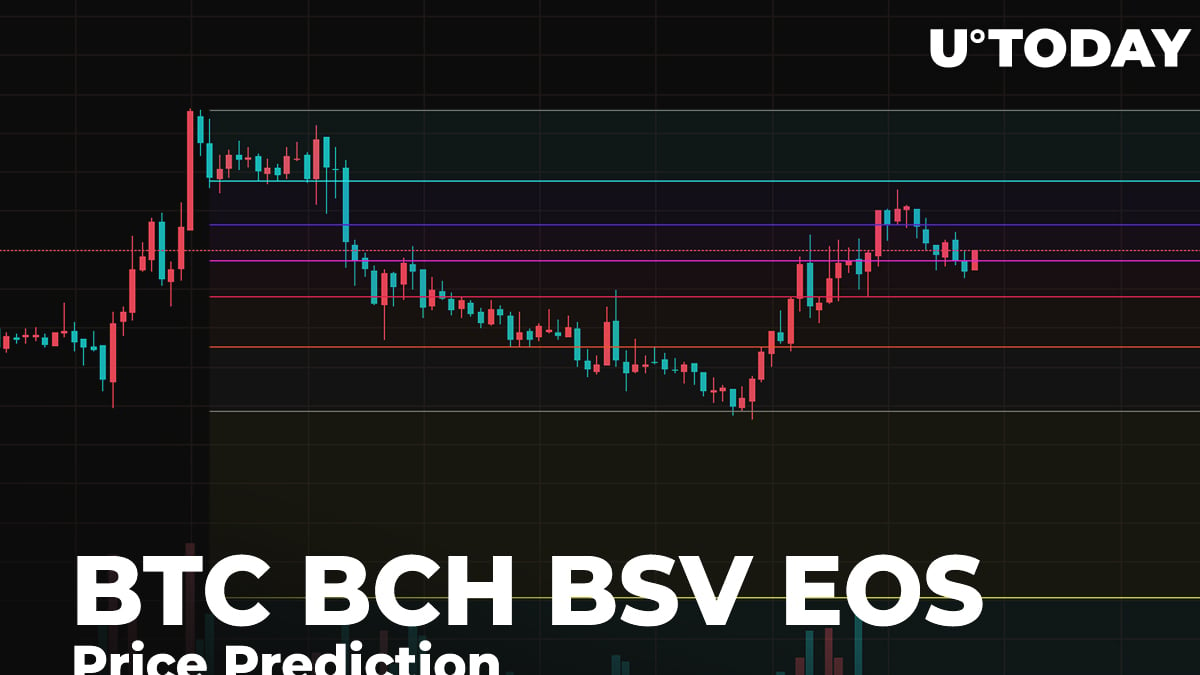 Although Bitcoin did not decide whether to move up or down, altcoins took this chance to show significant growth. Almost all the top coins outperformed BTC in terms of price growth.

Below are the key data of Bitcoin, Bitcoin Cash, Bitcoin SV, and EOS.

Despite the fact that the price of the leading crypto risen by only 2.58% over the last day, the growth over the weekend amounted to almost 10%.

Looking at the 4H chart, Bitcoin is facing a rollback after a sharp rise from the level of $6,850. Currently, it is trying to fix the area at $8,036 which corresponds to 78.6% according to Fibonacci retracement.

However, if the bears continue to push the rate deeper, the next stop will be $7,796 (61.8%). This point is supposed to be a reversal point of the short-term bullish trend.

Bitcoin Cash has shown spectacular growth. The coin rate has rocketed by more than 40% since the beginning of 2020.

From a technical point of view, BCH has found a local high at $280, however, the current rise is not the end of a bearish trend. There is no accumulative volume, so it can be considered as a pump, rather than a trend reversal. In this case, the nearest price prediction is a correction to the closest support at the level of  $245.

Bitcoin SV is the biggest gainer out of the top coins. The price has jumped over 25% over the previous day. The overall growth over the weekend has constituted more than 50%.

Bitcoin SV resembles Bitcoin Cash in terms of the trading patterns as its growth cannot also be considered as a start of the bullish trend. Applying the Fibonacci retracement, BSV is likely to face a correction to the level at $139 (61.8%). Such a scenario is about to happen in the nearest days.

EOS is also among the top gainers. The growth of the coin has made up 8.15% over the previous day.

According to the chart, the current growth looks more 'natural' than the price rise of Bitcoin SV and Bitcoin Cash as the trading volume index increases correspondently. The current growth may continue to $3.05 where the resistance of the Bollinger indicator is located. From that point, we can expect a drop to support at $2.90