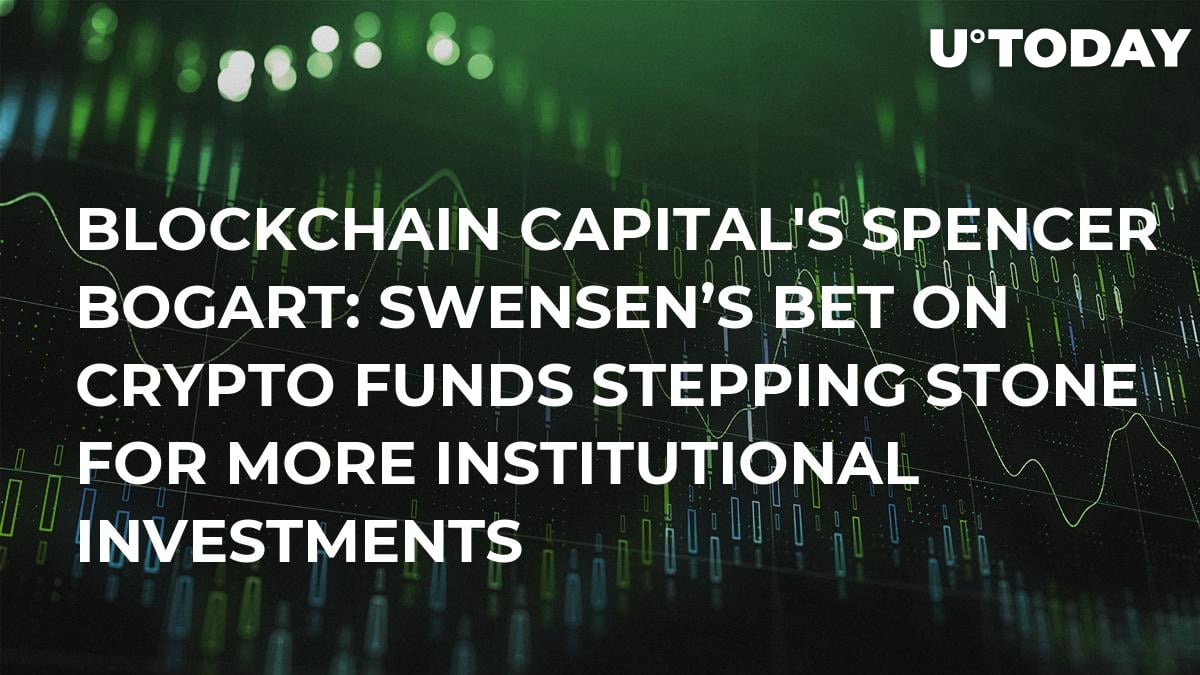 Blockchain Capital's Spencer Bogart is certain that it has been the best week for crypto despite the fact that cryptocurrency market remains in the doldrums. At the same time, Bogart predicts that another Bitcoin rally is already in the pipeline since the flagship currency has reached its bottom.

Will the market remain atonic?

From TD Ameritrade betting on a cryptocurrency exchange to Yale’s $30 bln endowment investing in two crypto funds – a slew of positive announcement raised hopes for another Bitcoin momentum, but the highly anticipated rally didn’t happen (BTC price is sitting at $6,609 at press time). During an interview with CNBC’s Melissa Lee, Bogart shared his take on the current market sentiment, claiming that it still has been the best week for cryptocurrencies during the whole 2018 despite the absence of any visible price movement. He claims that a negative news cycle didn’t produce any visible impact on Bitcoin price during the market’s peak this December, but now we are witnessing a completely opposite situation when good news doesn’t affect the market.

Bogart thinks the market could have been more bullish if Yale’s endowment manager David Swensen invested in Bitcoin himself instead of crypto-oriented businesses, but he predicts that more cryptocurrency investors are going to start embracing cryptocurrencies in the nearest future.

On top of that, Bogart claims that Bitcoin is close to bottoming at this point. The same goes for other major altcoins that usually depend on BTC price. He doesn’t pinpoint specific announcement that has the potential to make the cryptocurrency market explode, stating that each of these news items will eventually propel Bitcoin’s growth.

Blockchain Capital's expert is not the only one who is betting on a future bull run. As U.Today reported earlier, Galaxy Digital CEO Mike Novogratz also thinks that Bitcoin is on a cusp of another major rally, and there is a huge influx of institutional money in the offing. Williams %R Indicator also shows a potential market reversal due to a hugely exaggerated Bitcoin sell-off.