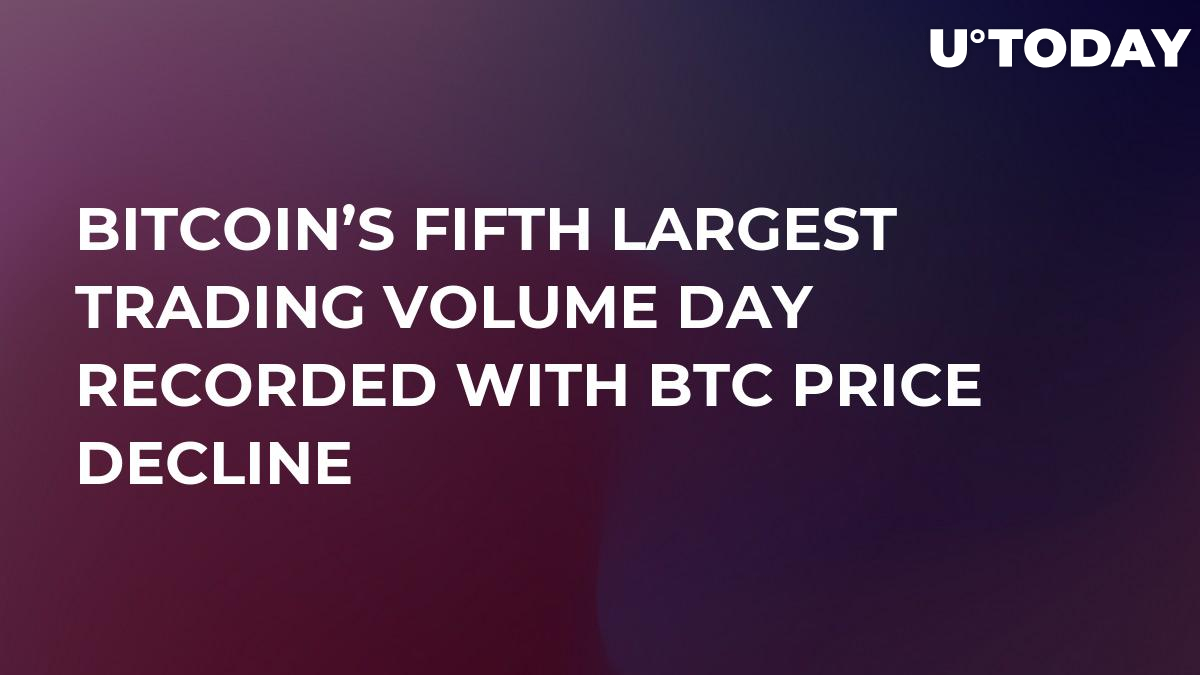 While the crypto headlines have been focused on yesterday's Bitcoin (BTC) price collapse, Redditors have noticed an interesting thing going on in the crypto market. The following figure eloquently illustrates what can occur simultaneously - greed and fear.

Yesterday's rapid price drop resulted in multiple Bitcoin jokes, including one as a Black Friday sale. The price of the cryptocurrency even dipped below $6,900 USD on some exchanges. This led to a call for widespread liquidation, as the 24-hour trading volume from yesterday totaled more than $34.24 billion USD.

As a result, yesterday was the fifth largest trading volume on record for BTC.

Was it really that much? Well to start, the number increased 55% in one day. Such results were higher one month ago, when the price of BTC increased by 17.4% in a couple of hours. This was the last time that BTC was in the five-digit category. The trading volume was 2.5 times less on the 17th of December 2017, when the price of BTC was at an all-time high (ATH) of $20,089 USD.

Two Positive Signs - Should We Buy?

Prior to yesterday's price drop, a community obsessed with fear missed two potentially interesting indicators. Investor and engineer Preston Pysh noticed that the Mayer Multiple was lower than yesterday, which has only occurred 5% of the time in BTC's price history.

The Mayer Multiple we are seeing right now has only happened 5% of the time in the history of BTC prices. Buying caps on. #bitcoin@TraceMayer @pierre_rochard @bitstein @TuurDemeester @MartyBent @MarkYusko @100trillionUSD @APompliano

This indicator also shows that the current price of BTC is divided by its 200-day daily moving average. Since its creation, the Mayer Multiple daily average for BTC is 1.45. The Mayer Multiple from yesterday was 0.78, and some people used that as a factor in determining whether BTC was overbought, fairly priced, or undervalued.

Well-known crypto analyst PlanB called this behavior "normal" for BTC and showed how its price could reach $100,000 USD between 2020 and 2022. Yesterday also saw a whale finalize a huge transaction worth more than $330 million USD. Such a transaction can be placed among the all-time top 10 transactions.