Bitcoin has made a leap from the $9,255 area on February 5 to the current level of $9,815 at the time of writing, as per data from CoinMarketCap.

One of those five transactions was made to the Bittrex exchange. 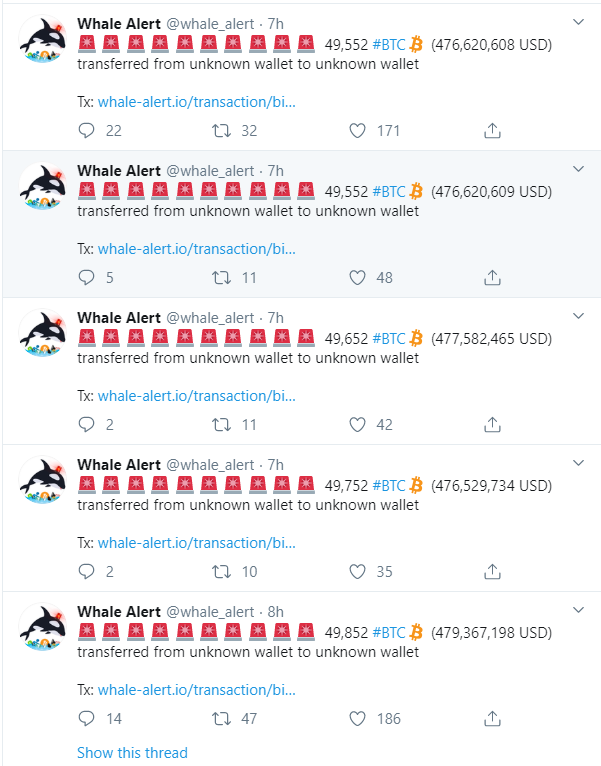 $2.4 bln worth of BTC moved in five goes

In these five transactions only five crypto wallets were involved, which means that the BTC was sent between two of those addresses each time. The total amount transferred is approximately 248,360 BTC. The fiat equivalent of this sum in USD is $2,439,208,133.60.

Two transactions involve an address from the Bittrex exchange – during the first one, it received approximately 45,500 BTC. In the course of the second, it sent the same amount of crypto away.

Many crypto community members believe that the so-called whales, who own tremendous amounts of crypto, are able to manipulate market prices by triggering price dumps via sell-offs or initiating price surges when they start mass purchasing digital currencies.

As for the last transaction, though, Whale Alert commented:

"This is the change of a transaction. The actual transfer here is 100 #BTC"

Must Read
Bitcoin (BTC) Is Now 'Officially' in Bull Trend After Its Price Surged Above $9,700 - READ MORE

Some traders believe that BTC is going to hit the crucial price level today. 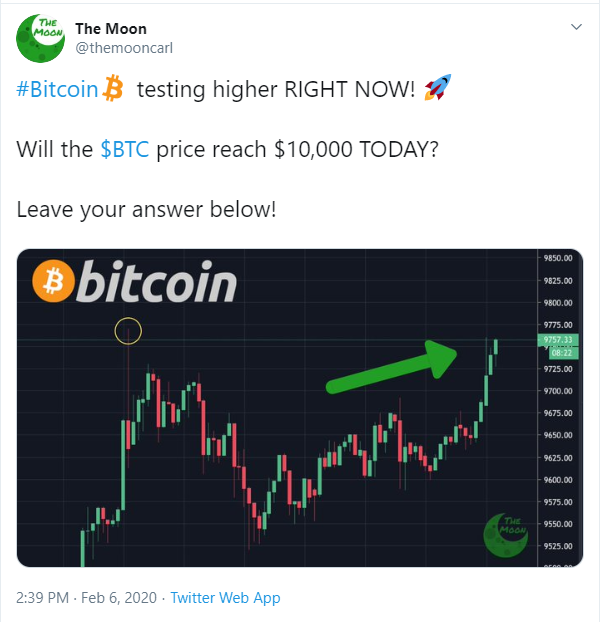