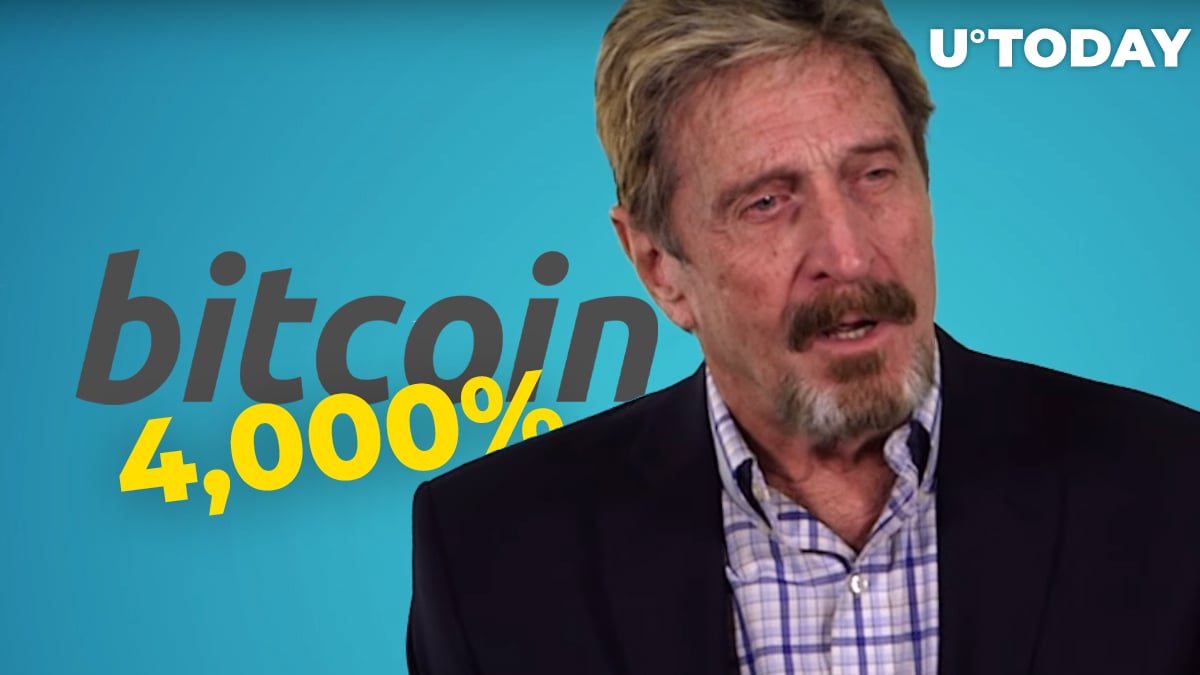 The former antivirus mogul and presently a US presidential candidate (on the run from IRS) and a crypto promoter on Twitter has again raised his voice on the social media to criticize fiat currencies and give Bitcoin a portion of praise.

Yesterday, in his tweet, John McAfee stated that Bitcoin is over 4,000 percent up over the last five years and this year it has risen almost 130 percent. Paraphrasing his words a little, fiat is nothing compared to that.

The $1 mln BTC forecast still on the table

John McAfee is famous for his bold prediction of the Bitcoin price, saying that on 31 December 2020, it will inevitably hit the jaw-dropping $1 mln. In case it does not, McAfee promised to do publicly something which nobody would really want to see - eat his own manhood.

When asked whether he still stands by his forecast, McAfee said: absolutely.