Bitcoin Price to Spike to $7,530 If Two Supports Below Hold: Crypto Trader 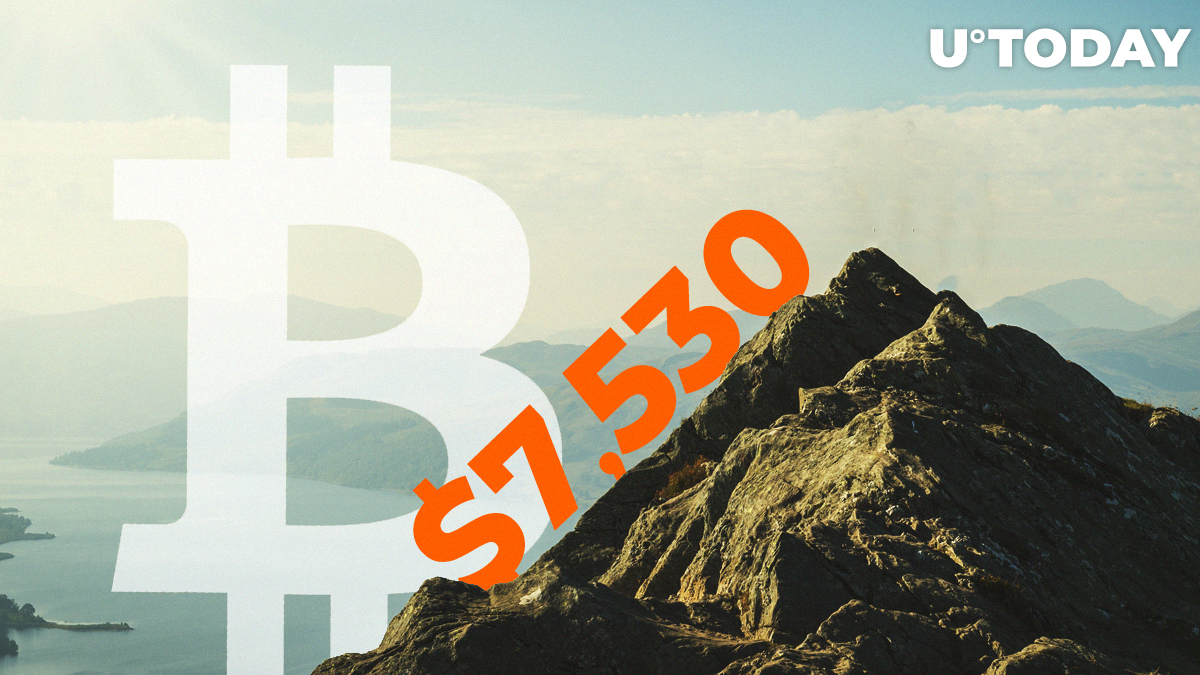 Earlier on Friday, U.Today reported that the price of the father crypto-asset had spiked five percent to $7,216 after dipping briefly below $7,000. The reason is believed to be US President Trump escalating the US-Iran tensions.

At press time, Bitcoin is changing hands at $7,280, according to CoinMarketCap. Traders are hoping for a bullish scenario in the short term.

‘BTC has rallied with a really strong momentum’

Earlier today, the ‘Livercoin’ trader tweeted that Bitcoin was likely to bounce today. Bitcoin has rallied with really strong momentum, he says. Now, the trader writes in the next tweet, the BTC price may even surge higher – to test the $7,530 resistance – should the support levels of $7,225 and $7,160 hold below.

‘A relief has been found’

A technical analyst and trader ‘CryptoDude’ has issued several tweets, saying that the Bitcoin price has found relief, however, in an earlier tweet he said that the things weren't looking good for the bulls.

Must Read
Bitcoin Is Already the Worst Performing Asset of the Decade: Peter Schiff - READ MORE

The trader Scott Melker tweets that an inverse Head and Shoulders scenario is likely to form – a pattern that is usually used for predicting reversal in downtrends.

However, he says the pattern would not work unless BTC stops above the swing low and breaks the pink line after that.

Subscribe to U.Today on Facebook, and get involved in all top daily cryptocurrency news, stories and price predictions!
#Bitcoin Price Prediction #Cryptocurrency Trading