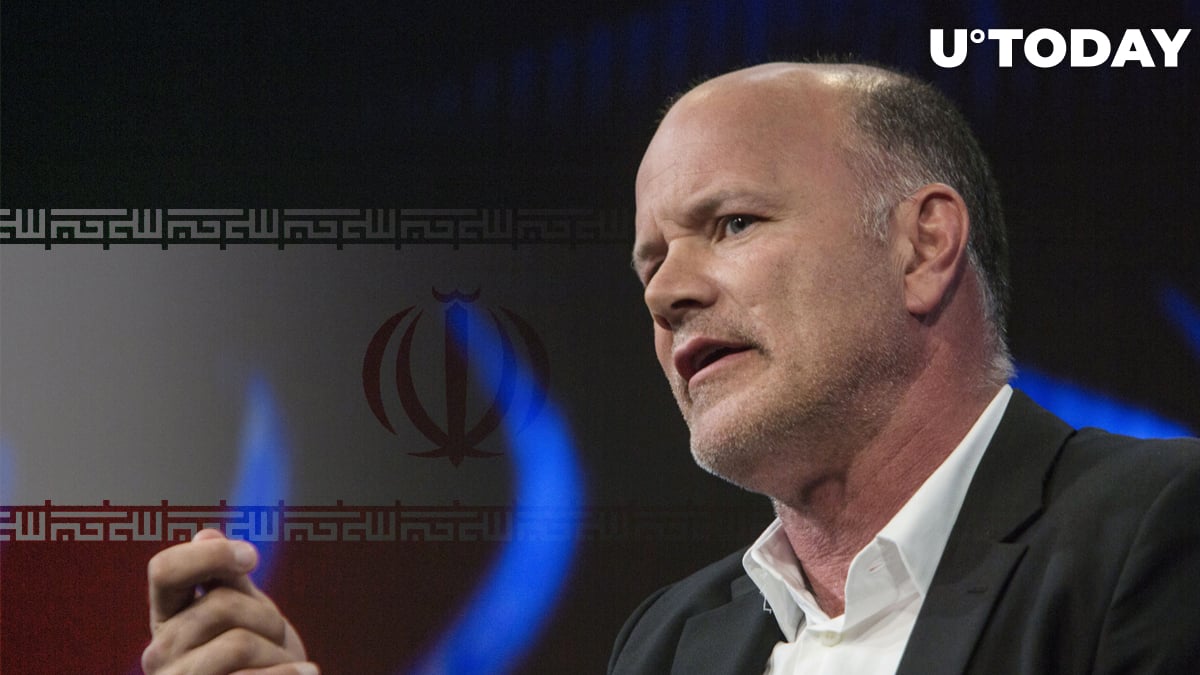 The price of Bitcoin (BTC) has reached more than 983 mln Iranian rials on LocalBitcoins, the Helsinki-based P2P cryptocurrency exchange. According to the country's official exchange rate, it equals roughly $29,500, which is nearly 300 percent higher compared to its current market value of $7,323.

Galaxy Digital CEO Mike Novogratz says that it's great to see the BTC price react to global uncertainty. As reported by U.Today, the leading cryptocurrency surged by more than five percent just hours after the US airstrike killed Iran's most powerful military commander Qasem Soleimani.

On Jan. 5, Novogratz also said that he was "even more bullish" on BTC and gold now that he's trying to analyze the conflict between Iran and the US. The Wall Street legend is certain that the destabilization of the Middle East will lead to more volatility in the global markets.

The more I analyze this Iranian situation, the more bullish gold and $btc I become.

Bitcoin's recent price surge reinforced the narrative that it is a modern age version of gold. Notably, both gold and BTC were on a tear after the Iran news sent the oil prices through the roof.

However, reputed crypto analyst Mati Greenspan points to the fact that the Iranian crypto market is way too small to single-handily cause such a significant price move.

Back in May, LocalBitcoins exchange became unavailable for the residents of Iran, which was historically one of the most vibrant markets for the peer-to-peer exchange. Crypto is a useful means of bypassing the harsh economic sanctions imposed by the US, which allegedly prompted the restriction.

As of now, the Iranian section of the platform is up and running, and some are seemingly willing to pay a high price for purchasing BTC.