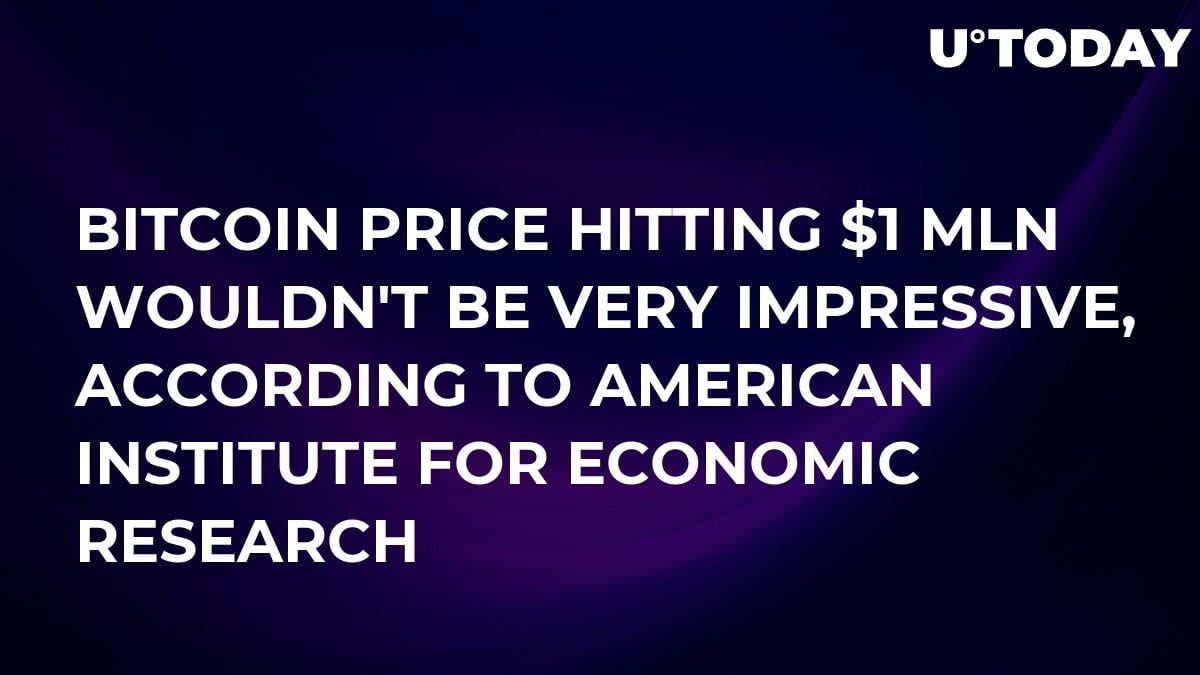 While the mainstream media can't get enough of Bitcoin's nine mln percent rally in the 2010s, the American Institute for Economic Research (AIER) has a different take. According to AIER's Joakim Book, the status of the best performing asset of the decade is "hardly revolutionary" since BTC will never see such gains again.

Must Read
One Bitcoin Will Not Let You Retire, Not Even in 20 Years: Crypto Experts - READ MORE

Bitcoin will not make you rich anymore

Book claims that Bitcoin's stellar decade is not indicative of its future returns. Even if BTC reaches the pie-in-the-sky $1 mln mark, it would still represent a 12,600 percent price increase, which certainly doesn't sound as impressive as the percentages that are spammed in decade-end headlines. The analyst claims that another tech craze could easily outperform BTC during the 2020s.

"That’s an An insane amount of wealth creation for those who manage to HODL it, but not at all out of reach for the Amazons or the Netflixs of the future and nothing like what bitcoin has done so far," Book wrote in his op-ed article.

Of course, such gains are hardly realistic for Bitcoin since the coin that started it all doesn't have an infinitesimally low base anymore. Even John McAfee recently backpedaled on his one-million-dollar prediction that simply turned out to be an IQ test.

XRP is a brilliant technology

Despite the op-ed article that throws cold water on the Lambo dreams of new Bitcoin holders, the AIER is not critical of crypto.

As reported by U.Today, Jeffrey Tucker, the editorial director of the AIER, called XRP, the third biggest cryptocurrency, an important technology that was thriving off the failures of SWIFT.