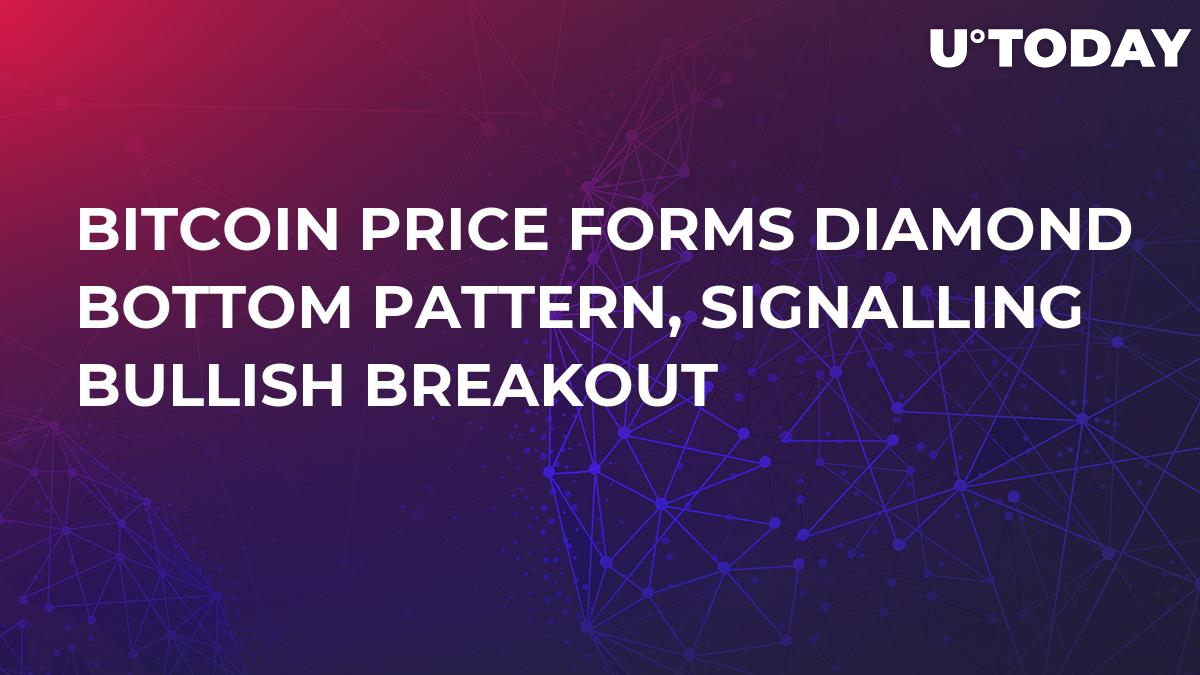 The Bitcoin price is on the verge of forming a diamond bottom, which represents two juxtaposed symmetrical triangles. This a major bullish pattern that could be the bellwether of substantial price gains.

Is #Bitcoin forming a "Diamond Pattern"?

Personally I'm not too sure about it, but let me know below what you think! pic.twitter.com/5xoVzt5Ubu

According to cryptocurrency trader "The Moon," Bitcoin has a 70 percent chance of a bullish breakout if the aforementioned pattern gets confirmed.

That said, Bitcoin would need a huge buying volume for this scenario to translate into fruition.

Trading vet Peter Brandt noticed that the XRP/BTC pair was about to complete a diamond bottom. However, Ripple's native token failed to rally even before the much-awaited SWELL event that took place on Nov. 7-Nov. 8.

Given that Bitcoin has trimmed all of its recent gains, market sentiment is now predominantly bearish. It remains to be seen how long it will be able to hold the crucial $8,000 support.

Earlier, market analyst Willy Woo claimed that BTC's bearish price action ahead of the halvening event could mean that it might not witness another bull market.