Bitcoin Price Blasts Past $9,000, Putting Bulls in Charge Once Again 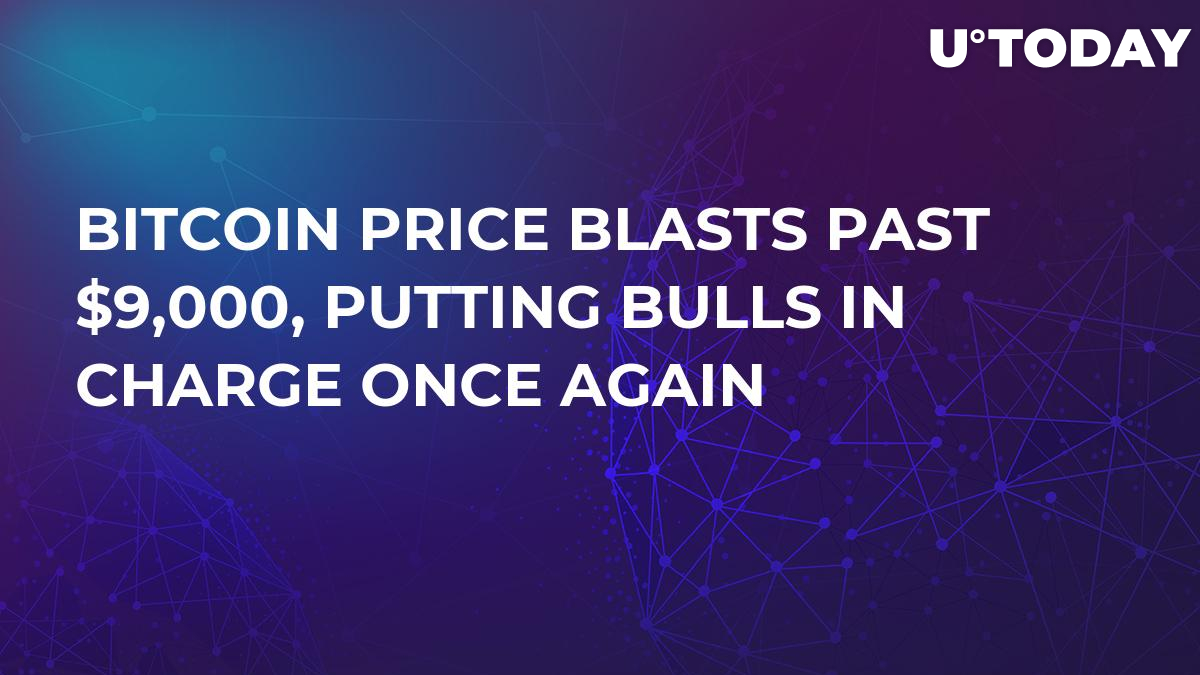 The Bitcoin price has just surged by more than three percent in mere minutes, which allowed its price to surpass the psychologically important $9,000 price level once again. According to CoinStats data, the top cryptocurrency is changing hands at $9,036 at the time of writing.

Cryptocurrency trader "Galaxy" accurately predicted the major price move since BTC managed to break out of the ascending triangle, a bullish chart pattern that forms during an uptrend.

"NebraskanGooner" says that bears finally have to learn their lesson after Bitcoin refused to go lower below the critical support level.

11 months into the year and they still haven't learned their lesson 😅. pic.twitter.com/QGgVwGO2dY

Meanwhile, the price of Litecoin (LTC) also spiked by six percent, becoming the best-performing coin within the top 10 along with Stellar (XLM). As of now, LTC and XLM are trading at $64.48 and $0.077 respectively.