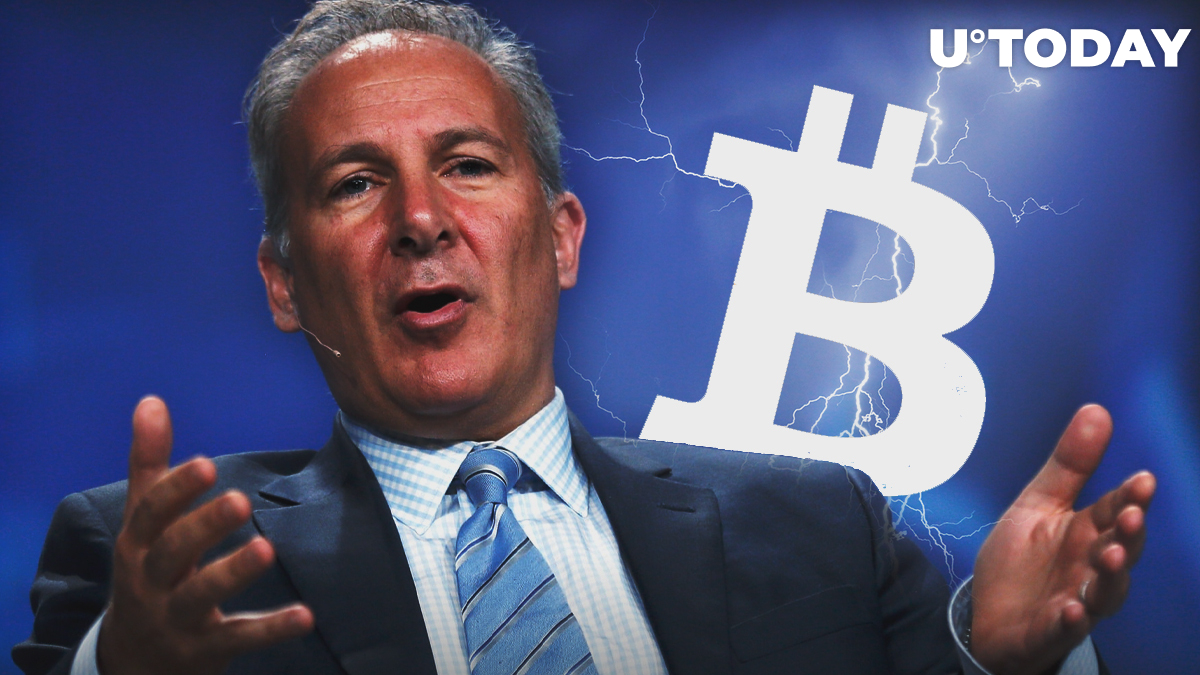 Peter Schiff, the CEO of Euro Pacific Capital, says that Bitcoin is on the cusp of forming an "ominous pattern," which could send its price to as low as $1,000, the price level the top coin hasn't seen since May 2017.

For those who can't visualize the potential head-and-shoulders top in Bitcoin maybe a picture will help. Very ominous if the pattern completes. pic.twitter.com/fCXvBcFf7B

Doom and gloom for Bitcoin

According to Schiff, Bitcoin is printing the so-called "head-and-shoulders" pattern, a chart formation with three peaks that usually helps spot an upcoming downtrend. He took a picture of his monitor to help delusional bulls visualize it.

This is not the first time that Schiff pays attention to the aforementioned pattern. On Oct. 20, he tweeted that the Bitcoin chart looked "horrible," and Bitcoin was close to completing the right shoulder. Back then, his technical analysis was ripped to shreds by crypto Twitter given that it was ludicrous to use H&S on high time-frame charts.

Gold will be ok-ish

This time around, Schiff also faced some pushback from Bitcoin enthusiasts who pointed out that his beloved gold is in the same predicament. However, he states that the yellow metal will be just fine even if it does form the H&S pattern since it would still hold the $1,350 support. Meanwhile, Bitcoin could drop to as low as $1,000. Hence, such comparisons don't make any sense.

Yes gold is forming a similar pattern. But even if it breaks, the projection would still leave gold above its $1,350 support. The Bitcoin pattern projects a collapse to $1,000. No comparison.

As reported by U.Today, the Bitcoin price tanked below $7,600, which encouraged more bears to come out of hiding.