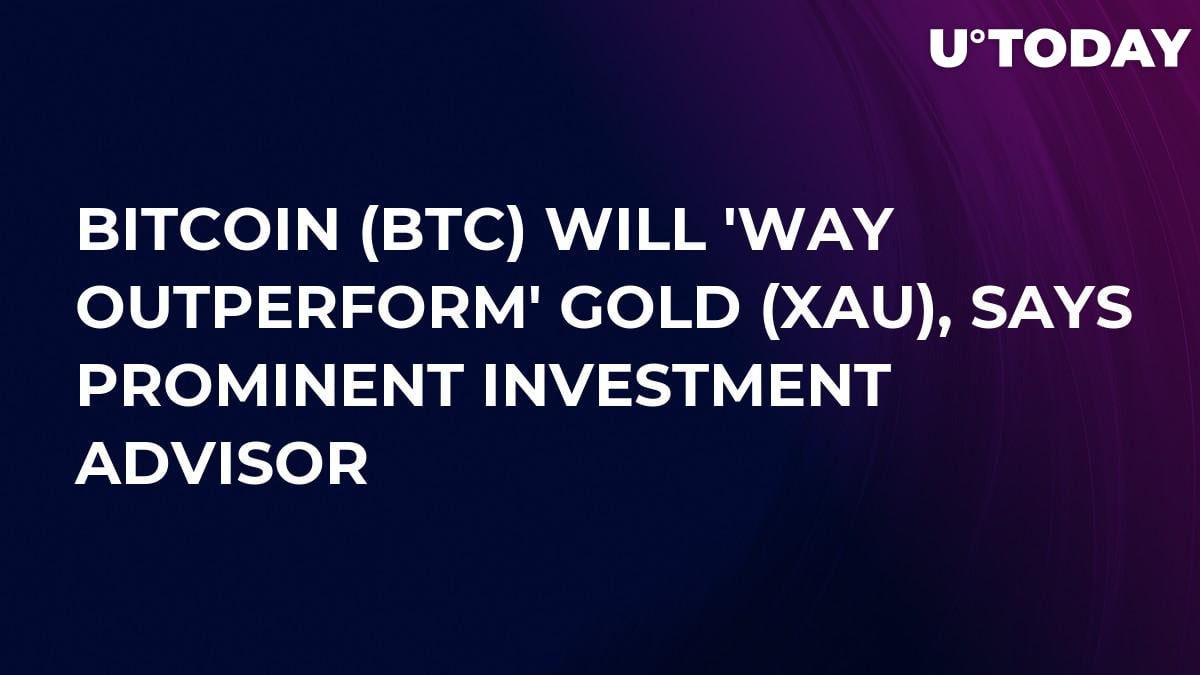 Preston Pysh, one of the hosts of The Investor's Podcast, has recently predicted that Bitcoin (BTC) could continue outperforming gold in the future. Hence, it looks like the cryptocurrency that started it all will take a much bigger piece of gold's pie.

Since March 2019, Gold has started to outperform the S&P500. I expect that trend to persist moving forward. But, I think #Bitcoin will WAY outperform gold. Bonds are a disaster - they are all denominated in fiat - good luck with that long-term. pic.twitter.com/Ie2bGD5QV6

As reported by U.Today, gold touched the psychologically important level of $1,600 per ounce due to mounting tensions with Iran. After the Trump administration decided to resolve the Iranian conflict with “cooler heads,” the price of gold took a nosedive.

One percent of BTC

Despite Bitcoin’s 9 mln percent rally in the 2010s, Pysh still believes that investors could allocate only one percent of their investment portfolio to BTC to pocket some stellar gains. He points to the fact that this was enough to match the returns of the other 99 percent invested in the S&P 500.

Historically, only 1% allocation to BTC was enough to match the returns of the other 99% which was allocated to the S&P 500 over any 4 year period of time (4 years is used because that's the protocols halving cycle - which drives the BTC seasons).

Will BTC manage to outperform the S&P 500 in the near future? Share your take in the comments!