After Bitcoin's impressive rally in early January, some traders can't help but feel like another major upside move could be just around the corner. However, market analyst Jacob Canfield is convinced that BTC could witness more downside pressure.

In his latest tweet, where he shares his unbiased view of the current market situation, Canfield points to the fact that BTC continues to make lower highs within a bear channel while the Relative Strength Index (RSI) is currently in the transition zone. Furthermore, BTC has formed its third hidden bearish divergence since August (the two previous ones were instantly followed by major price drops).

I see a lot of bullish sentiment in the market.

While I would love to see #Bitcoin reach $50,000, I still remain pragmatic an unbiased in my market view

The six-month falling has is one of the strongest arguments for Bitcoin bears. Trading legend Peter Brandt claimed that the top coin could eventually drop to $5,400 in July if the $6,400 bottom doesn't hold.

Moreover, there is no buying interest at the current level, which means that investors expect to buy more at lower prices. For comparison, a lot of buyers stepped in at $12,000 back in August. A lot of retail investors who bought the top of the 2019 rally might still be cautious to dip their toes into crypto.

At 12K+, there was clearly a lot of buying interest. At the latest "breakout", it really seems that barely anyone is buying 8K+. Why is that, what do you think? pic.twitter.com/YehZjxEyZU 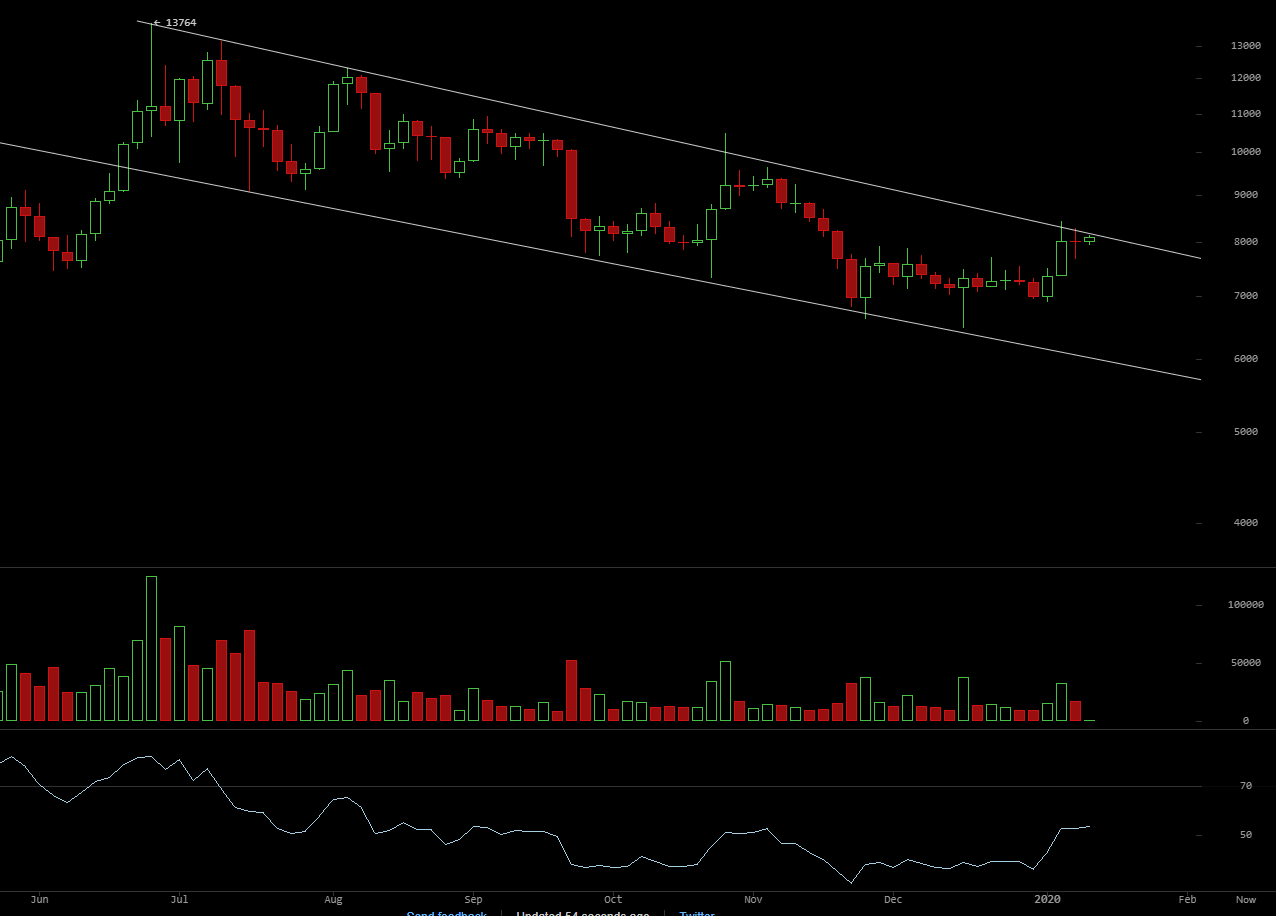 According to Canfield, BTC needs to print this weekly candle above the $8,500 level to put the bulls back in control. This would lead to an upside break of the falling channel on the weekly chart, something that BTC has yet to achieve.

On Jan.11, BTC witnessed a strong rejection slightly above the $8,250, which makes it yet another lower high on the weekly. If this rally fizzles out like the China pump in October, the channel could eventually break downwards like during the end of the 2018 bear market when BTC tanked to $3,000.

Still, trader Murad Mahmudov is convinced that the 53 drop from $13,888, the 2019 peak, was simply a correction in the middle of a bullish cycle. 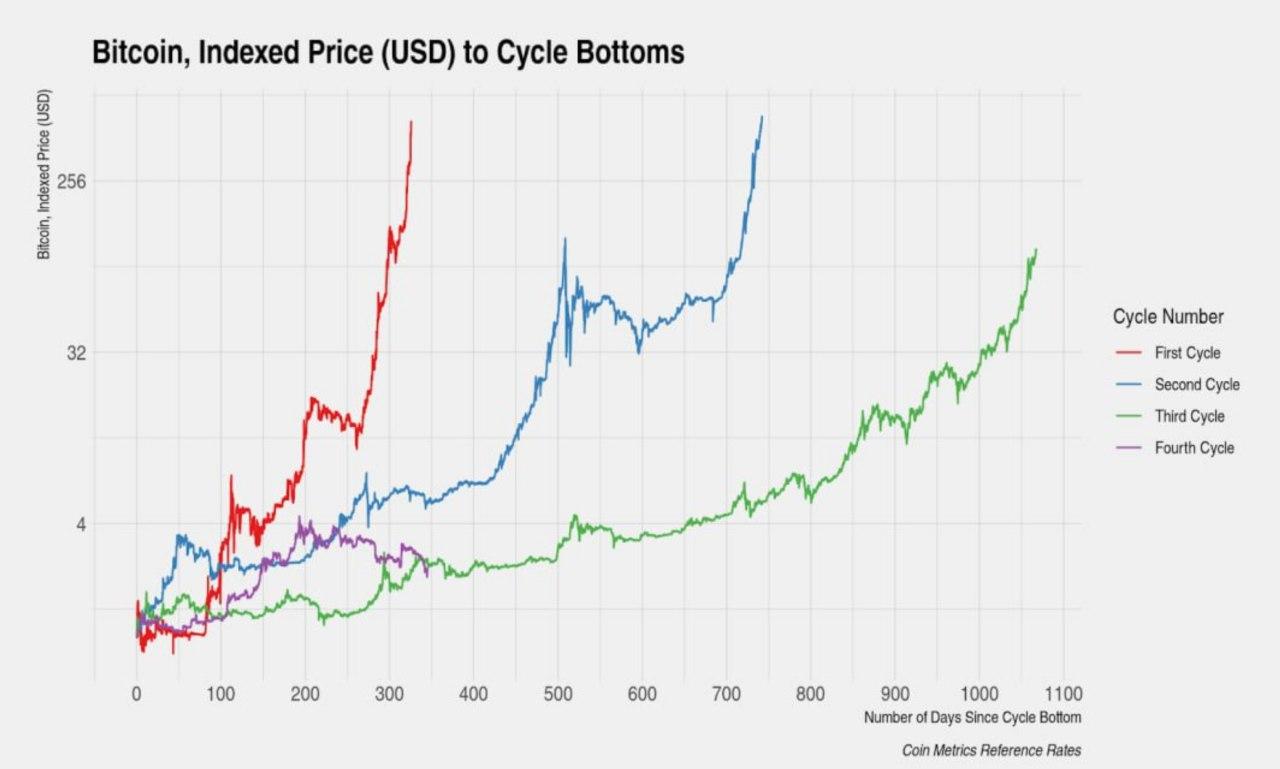 Will BTC witness another correction? Share your take in the comments!