Bitcoin (BTC) Price Rejected at $8,000. Are Bulls Still in Control? 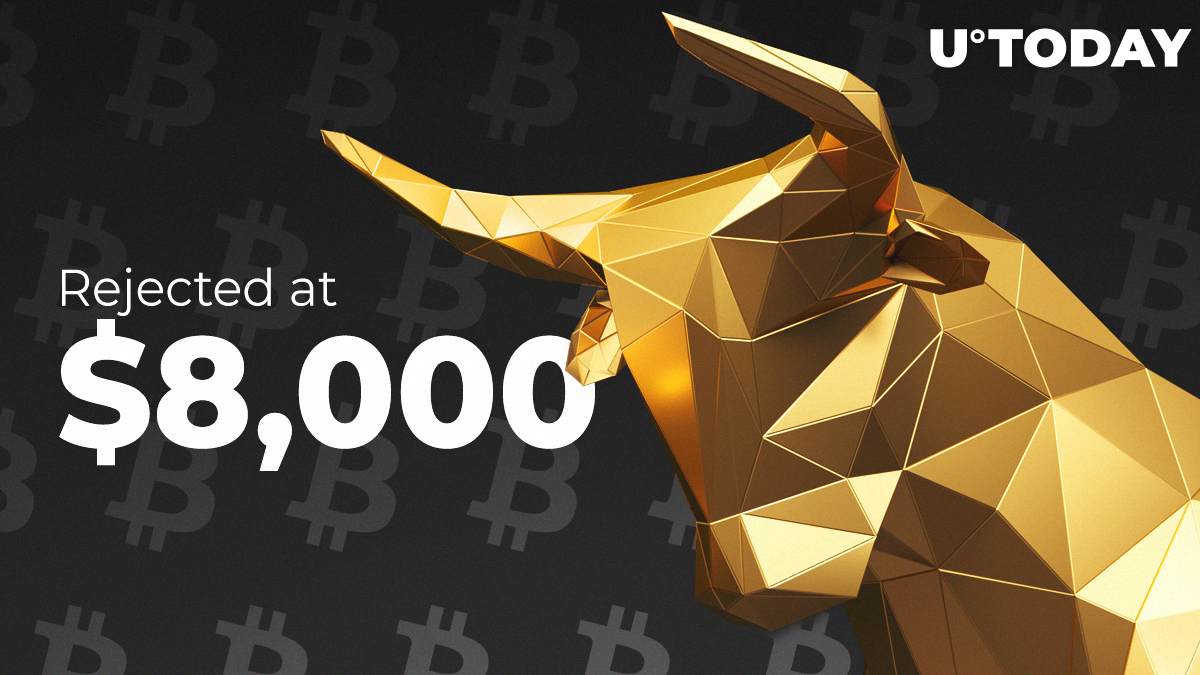 The price of Bitcoin surged to $7,975 at around 0:40 UTC, according to CoinStats data. However, the bulls failed to stand their ground here, which resulted in a swift rejection to the low-$7,800 level. Nevertheless, some top traders are still certain that Bitcoin could go higher from here despite BTC's recent failure to break above $8,000.

Things are getting interesting

Prescient trader @CryptoDonAlt, who accurately called this four percent spike yesterday, has taken to Twitter to comfort the bulls. He states that he doesn't see a rejection on low-time frames, which is why he stays long. Moreover, Bitcoin is about to complete an inverse head-and-shoulders (iH&S) pattern that has been dominating crypto Twitter for the past few weeks. If things play out as expected, BTC could easily surge to $9,000.

The easy part is done, now it gets interesting.
I still see no indication of an LTF rejection so I'm just staying in my positions.

The inverse head and shoulders will be on your timeline everywhere tomorrow.
It's clean enough that I could see it play out. pic.twitter.com/RtAe2L5ujW

Eric Choe's technical analysis is based on the Elliott wave theory. According to Choe, the top cryptocurrency needs to gain ground above $8,172 for continuation (another impulse wave C). If this is a wave 5 move, BTC could soon surge above $9,500.

Like previously mentioned, #btc #bitcoin managed to impulse off of the low I predicated. Waiting to see if this is a 3 wave or a 5 wave move. Critical area to gain is above $8,172 and needs to hold ~$7,500. pic.twitter.com/0hyF2oE7jW

As reported by U.Today, Silk Road founder Ross Ulbricht predicted that BTC could touch $100,000 as early as in 2020.

Trader Alessio Rastani recently opined that Bitcoin needed to close above the $7,750 resistance for prices to surge higher.

"I think that Bitcoin could start a major bullish rally here that could take us to quite significantly higher."

However, he did caution his viewers that this could be another failed rally that is similar to the one that took place back in October.

"The bottom line is that we don't know if the next rally is going to succeed or fail."

What are your predictions? Share them in the comments!