Bitcoin Price May Slump to $9,300 but Trend Remains Bullish 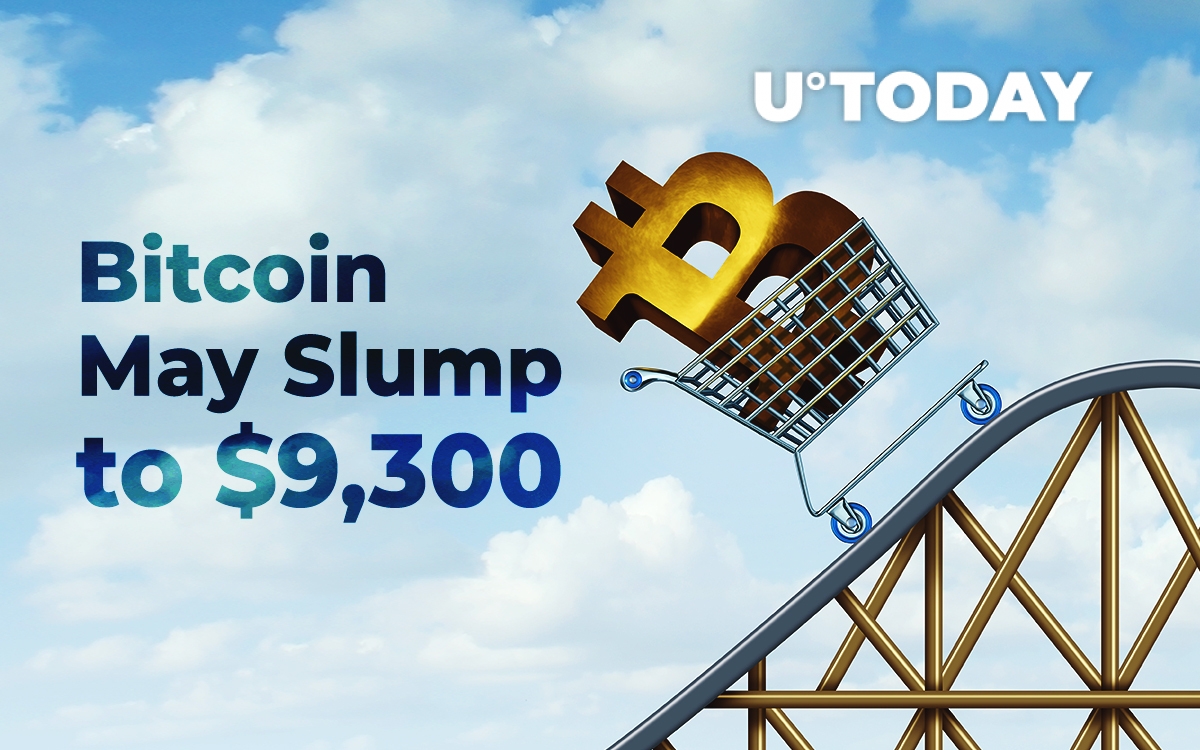 On Sunday, January 9, the price of Bitcoin managed to breach the $10,000 level. However, it did not go much higher and on Monday BTC started to fall, losing around $300 within a few minutes.

Now, as Bitcoin is trading at $9,828, some crypto traders believe that BTC remains in an upward trend. Still, it might continue declining, since the first sellers have entered the market to grab some profits.

Crypto trader Salaheddine Bouhmidi tweets that after Bitcoin reached the $10,160 area, the first sellers came to the market to fix some profits. The trader points out that the current trend in Bitcoin remains bullish but there is a high chance of a short-term reversal. 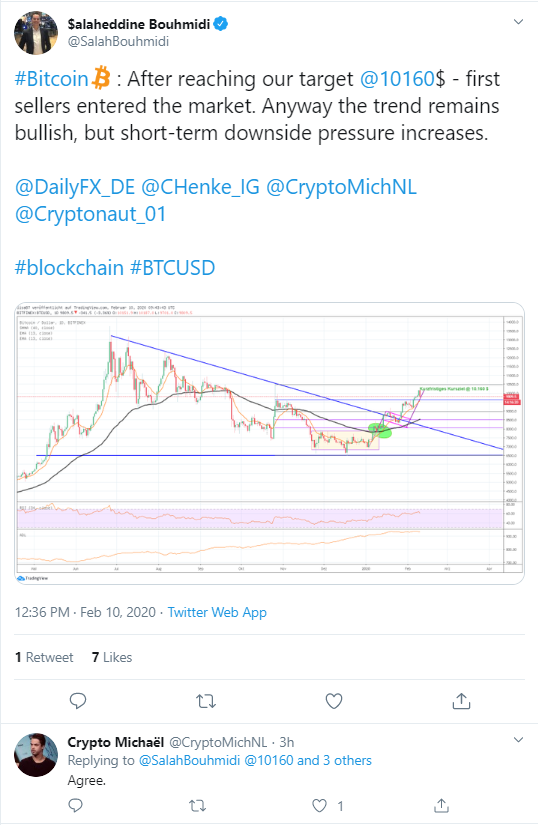 Crypto analyst Michael van de Poppe also believes in a possible BTC correction. He reckons the Bitcoin price behavior will be rather calm for the time being and that the major digital asset may drop to as low as $9,000 - $9,300. Time for a potential re-accumulation for the sellers, he says. 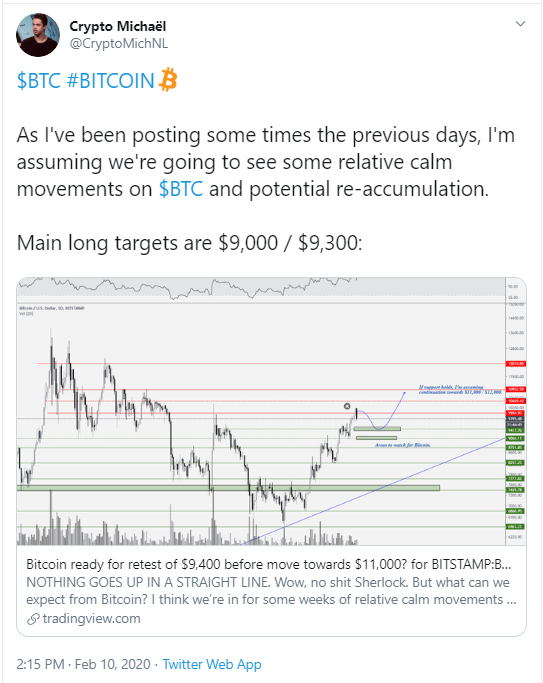 While responding to crypto analyst Mia Tam, user @JKwoski also stated that the sellers are going to re-accumulate the BTC that they are now selling.

“This is supposed to happen. How else do whales accumulate more #Bitcoin? They sell tops and buy back at lower prices to get more Bitcoin. This has always happened. Normal.”