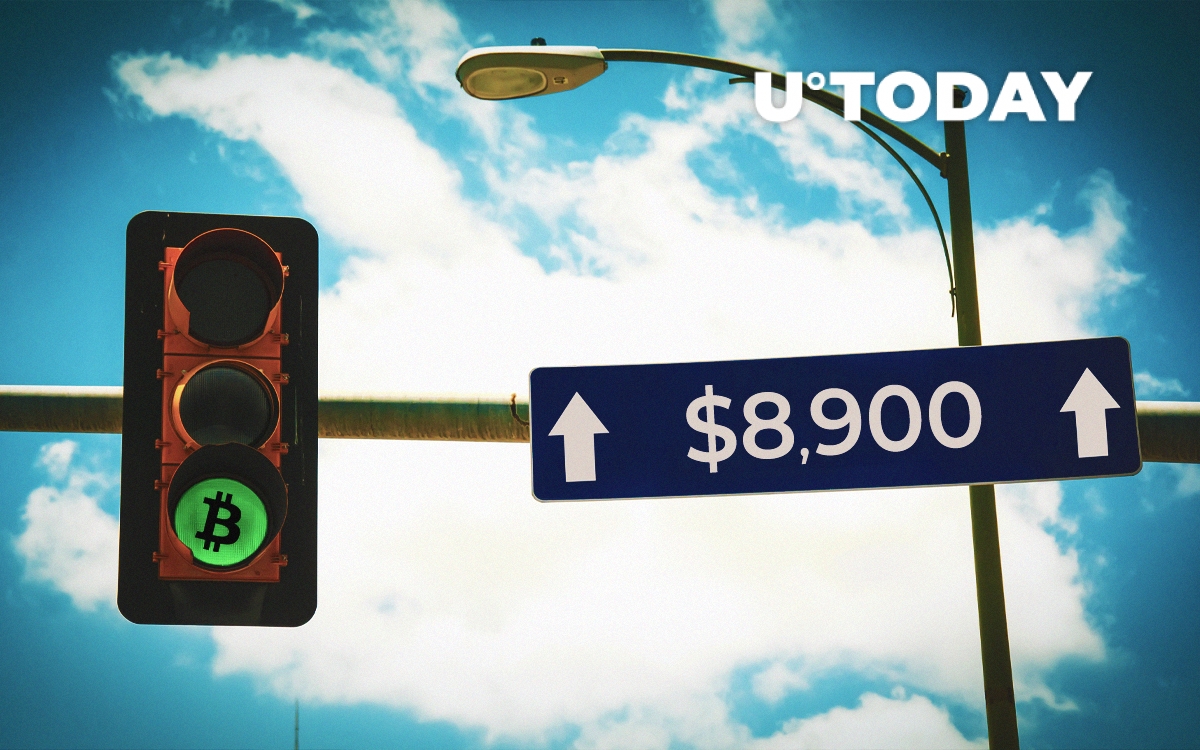 After about four days of trading below $8,600, the Bitcoin price has finally returned to this area. At the time of writing, it is changing hands at $8,643, showing a 2.26-percent rise.

Crypto analysts and traders believe that if BTC manages to hold above $8,500, it will likely keep rising to $8,900. However, some predict that after reaching this level, the flagship currency may decline and hit $6,400.

Crypto analyst @CryptoMichNL is optimistic about the Bitcoin price short-term. Since BTC has reclaimed $8,600, he believes that the major cryptocurrency is likely to start heading for $8,900 – provided it can hold above the $8,500 price mark. 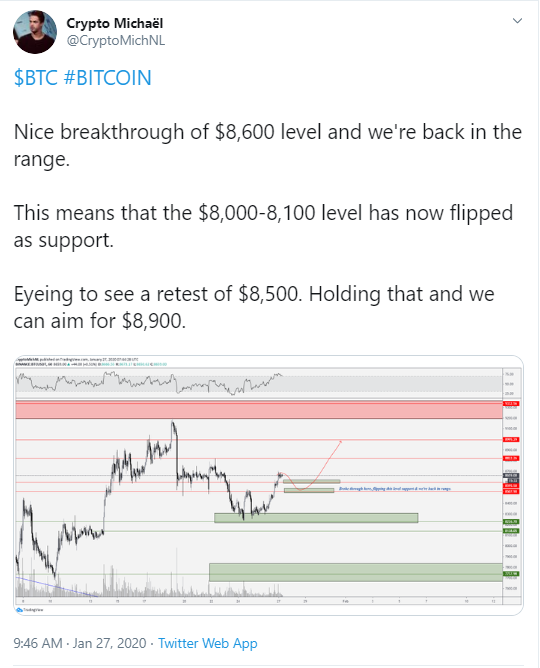 The founder of Elevate UX, ‘Posty’, seems to be at a loss as to where the Bitcoin price will start off next. In the same tweet, he says that should BTC start rising, it may hit resistance at $8,700. In that case, the $8,400 level will serve as support.

Yesterday, the BTC price suddenly started growing from the $8,300 area ending up in the $8,600 zone today and ‘Posty’ says this turn of events came as a surprise for him. 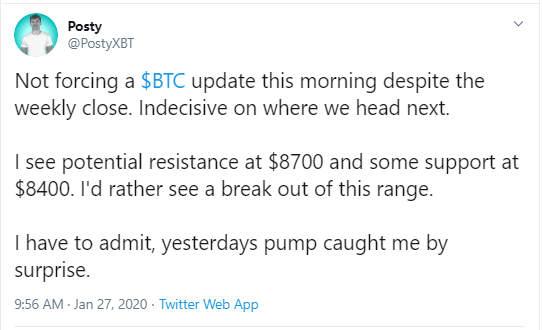 Twitter user ‘Cryptonaire’ has posted a BTC chart with a Falling Wedge pattern formed on it. This user believes that, since this is a bullish formation, Bitcoin is likely to pump to $8,900 first, fill two CME gaps and then – decline to the $6,400 level, potentially losing over $2,500 of its price. 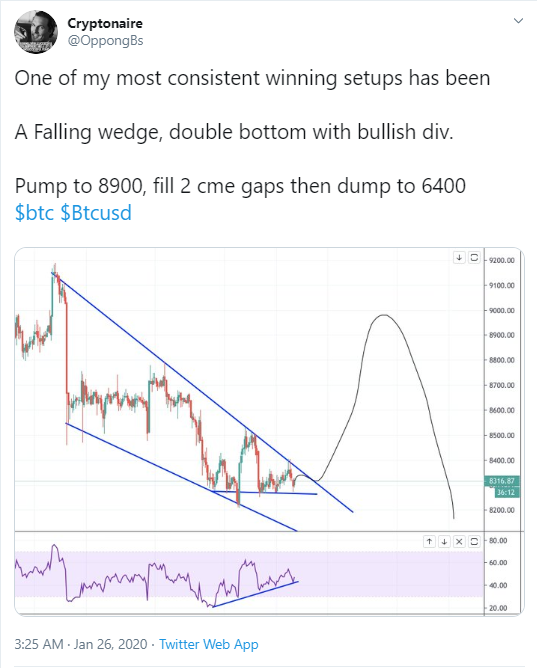