According to technical analyst Robert Sluymer, Bitcoin (BTC) is now in a "textbook acceleration stage," which means that the current rally is expected to continue.

At press time, the cryptocurrency is currently changing hands at $9,758 on the Bitstamp exchange.

In his recent analysis, Sluymer cautioned the bulls that Bitcoin was facing a major hurdle in the band between $10,000-$11,000. 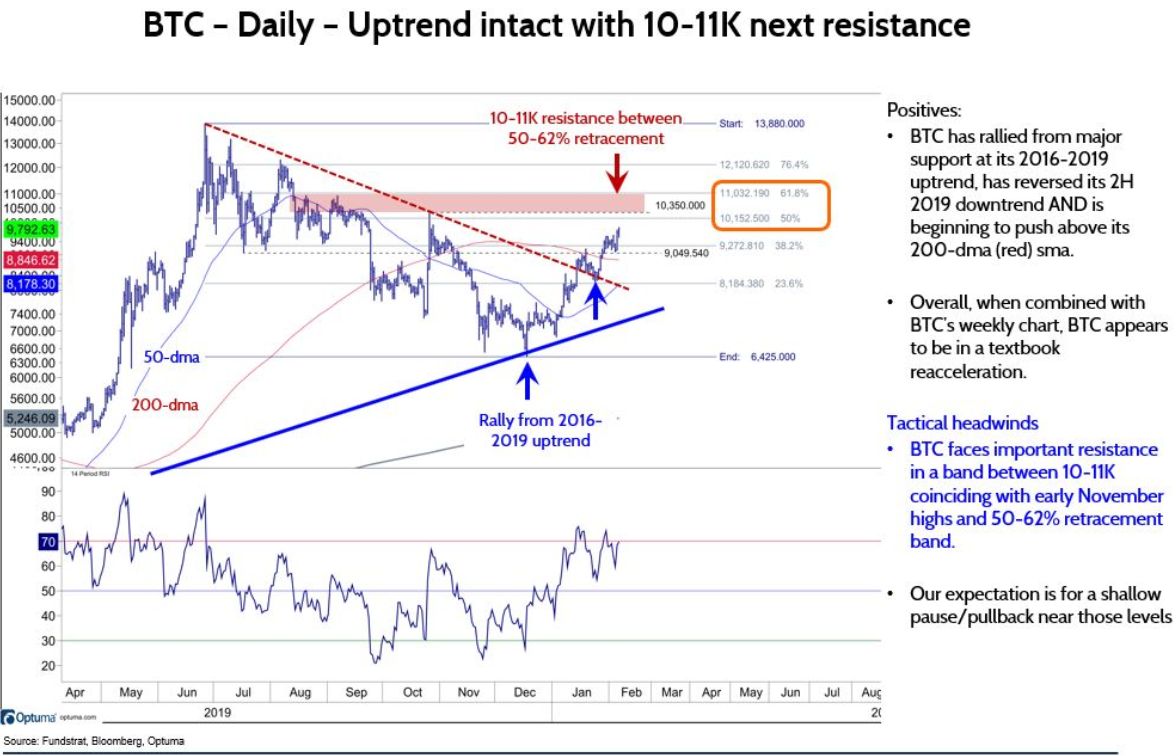 On Oct. 25, BTC witnessed a shocking 40 percent price pump, which allowed it to briefly shoot up to the $10,600 level before trimming all of its gains. This enormous price increase, which is also known as the "China pump," preceded a severe pullback that culminated in December with BTC collapsing to $6,400.

The analyst is certain that this level was also important because it coincides with 50 percent and 61.8 percent Fibonacci retracement levels.

With that said, Sluymer thinks that any pullbacks from the above-mentioned resistance will be shallow. This a correction that terminates before reaching the 38.2 Fibonacci retracement level. Hence, he doesn't expect BTC to drop below the $9,200 level when this rally hits the pause button sooner or later.

If Bitcoin sees a deep pullback instead of a shallow one, a bullish-to-bearish trend reversal will take place. However, given that all top traders are bullish on BTC right now, such an outcome seems highly unlikely with the halving in less than 100 days.