Bitcoin has been in a slight pullback for the past few days, having descended from above the psychological $10,000 level.

As of the time of writing this article, the flagship currency is trading at $9,627.

A crypto trader talks about Bitcoin inflation comparing it to the inflation target set by most central banks and makes a bullish long-term prediction on BTC.

On his Twitter page, trader @TheMoonCarl has shared data that after the approaching halving of the major cryptocurrency, the Bitcoin inflation is going to reduce from the current 3.6 percent to 1.8 percent.

As per him, the majority of central banks have set themselves a target to keep inflation at 2 percent, so the BTC inflation is going to be lower.

The trader also states that within two years, the price of Bitcoin could easily hit $200,000.

That's officially lower than the 2% inflation-target adopted by most central banks.

This is actually HUGE!

‘Nothing ultra-bearish on charts at the moment’

Crypto analyst Michael van de Poppe says that he does not observe any particular bearish signs on weekly BTC charts at the moment.

What is happening to the BTC price now he believes to be merely ‘a corrective move in an up-trending market’. 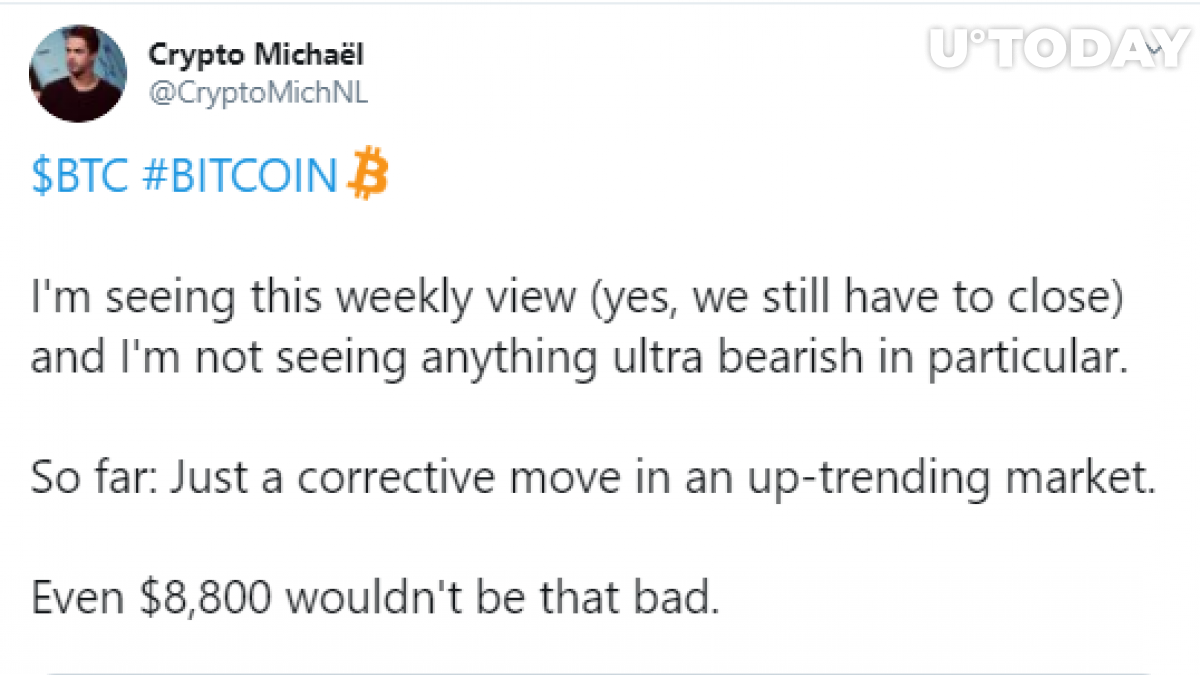 Prominent crypto trader Jacob Confield assumes that now the Bitcoin price is going to either skyrocket or plummet deeper.

Longs filled on that wick. We either soar to the heavens or we go to Valhalla as heroes. #bitcoin.