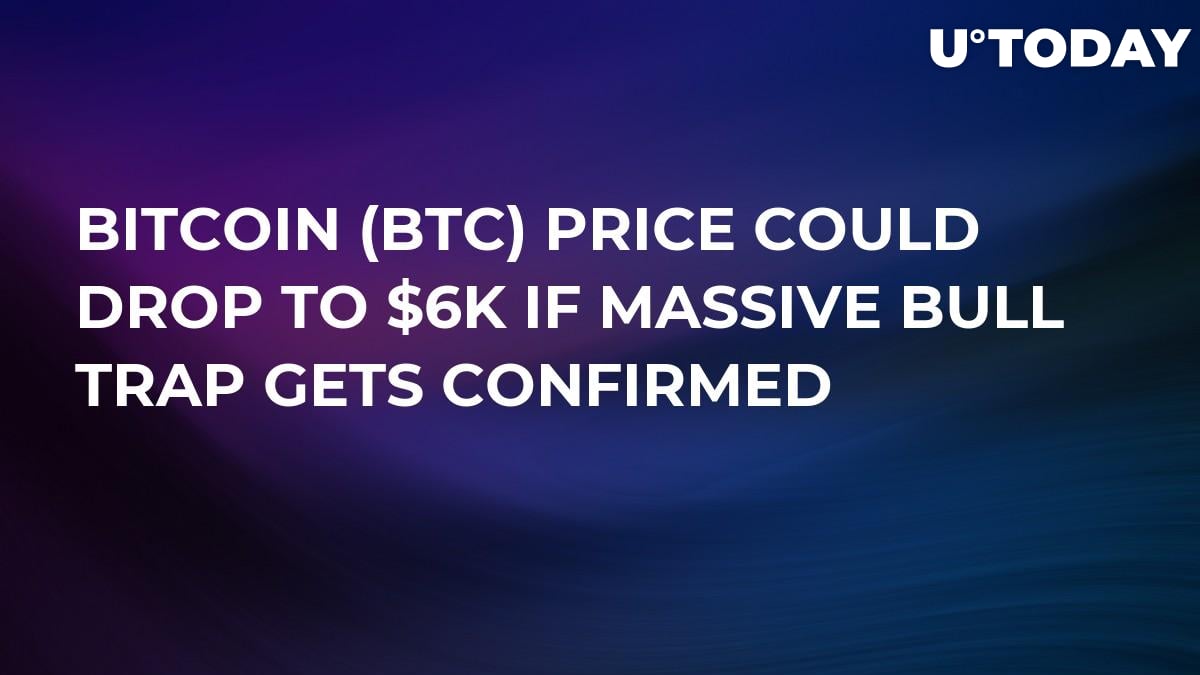 Commodity trading legend Peter Brandt might have jumped the gun when he predicted the advent of a new bull market two days ago, causing a flurry of excitement on Crypto Twitter.

Trader HornHairs says that $6,000 could be on the table if BTC closes below $7,870 on Sunday. He suggests that this could the recent rally might be a bull trap.

We got the breakout, which was a good start, but as the weekly chart stands, it looks like a bull trap.

If we close below $7870 on Sunday, my expectations will be a move down to $6k. Very important next few days. Nothing conclusive until Sunday. pic.twitter.com/9V4Gia3b4n

At the time of writing, the top cryptocurrency continues to bleed with its price sitting at $7,824, which is just below the above-mentioned target, CoinStats data shows.

Must Read
Recent Bitcoin (BTC) Price Drop Has Silver Lining. Why Does It Matter? - READ MORE

As reported by U.Today, the BTC price skyrocketed to the $8,400 level after Iran attacked military bases with US soldiers in Iraq. However, US President Donald Trump decided not to exacerbate the Iranian crisis, and the top coin tanked by more than five percent following his address.

In his recent tweet, trader Josh Rager says that the geopolitical turmoil was the only reason to be bullish on BTC in the short-term. He also expects the cryptocurrency to witness a bigger drop if there is no strong bounce.

Target hit, but if this bounce is weak will look to short and re-enter at a lower target

What are your short-term predictions? Share them in the comments!