As the flagship cryptocurrency soared to the $9,700 area in the late hours of Wednesday, trader Josh Rager announced that the trend had ‘officially’ changed to a bullish one.

Now, as BTC is struggling to test the psychological barrier at $10,000, the price has slumped a little from $9,700 and, at the time of writing, Bitcoin is trading at $9,644, as per figures from CoinMarketCap.

BTC moves to $9,600 thanks to the coronavirus

On February 5, the Bitcoin price started a slow rise from the $9,200 level and reached $9,692 by the end of the day, even though all the TA signs showed it intended to stay in a tight range.

Prior to that, this week, Bitcoin reached a high near the $9,700 level and then reversed, declining to the $9,100 area, instead of continuing with its victorious rise.

Many experts believe that the number-one crypto had managed to print a significant rise to $9,582 due to the coronavirus breaking out in the Chinese city of Wuhan.

As per the Express article, as the week started, traders in Shanghai started moving their investments into the flagship crypto fearing that the local stock market would start to fall over the coronavirus situation.

Must Read
‘It Will Pay to Be Early Bitcoin (BTC) Adopter’: Cameron Winklevoss - READ MORE

At the moment, BTC has gone a little higher and is changing hands at $9,658, after retreating from the $9,700 level, even though many in the community expected it to keep rising towards $10,000. Trader Scott Melker is one of them. 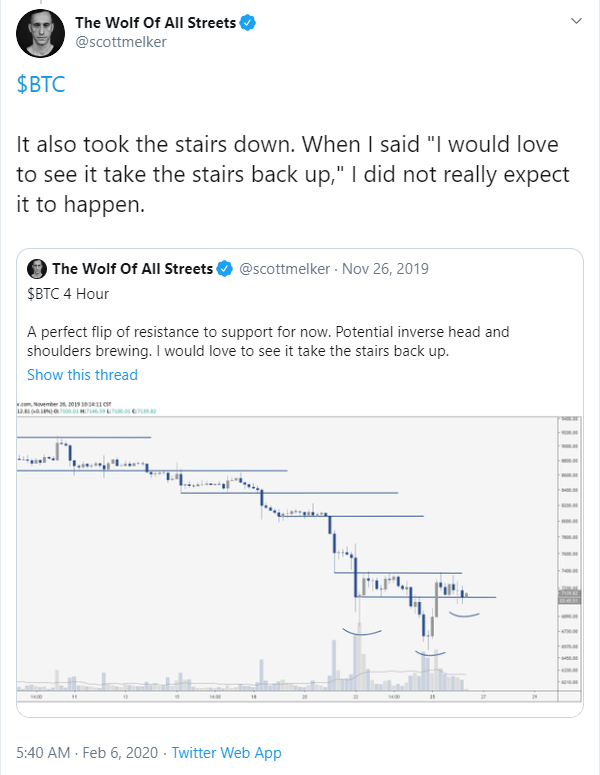