Bitcoin (BTC) Funds Are Placing More Shorts, Will This Fuel A New Rally?

Data from researchers at Skew shows funds have been increasing short exposure throughout the past several weeks as the bitcoin price surged past $9,000 to hit a yearly high at $10,500.

How this could add momentum to bitcoin entering March

Short-term movements in the cryptocurrency market are typically swayed by short and long contract liquidations.

While liquidations on platforms like Bitfinex and CME are significantly lower than exchanges like BitMEX and Binance Futures that offer up to 125x leverage, an abrupt bitcoin spike still causes short sellers to control their positions.

When that happens, as seen with short squeezes in the equities market like with Tesla, it adds powerful short-term momentum to an asset.

It remains unclear whether the bitcoin short exposure on CME represents hedge positions by investors who also expect the bitcoin price to go up and hold a net long position.

For instance, many whales or individuals with large amounts of bitcoin like to place hedge shorts in an event the price of BTC corrects significantly in the near-term. But, the whales have net long positions in place. 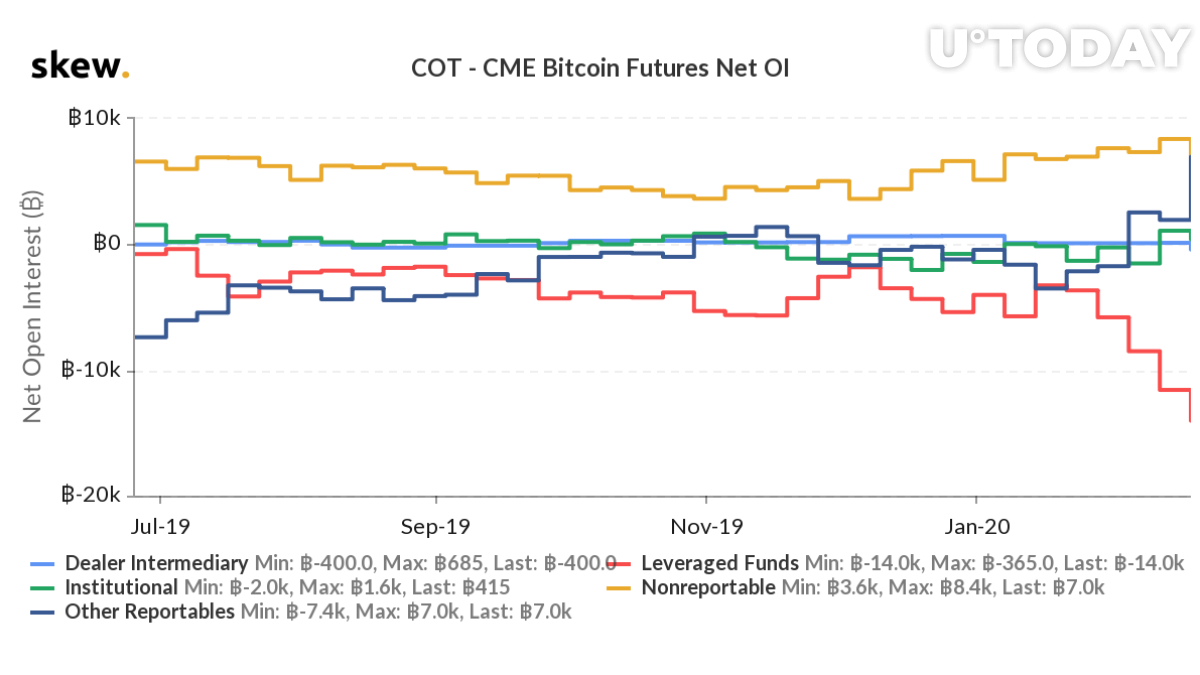 Considering that CME tailors to accredited and institutional investors rather than retail traders, it is highly likely that the majority of the short exposure are simply hedge positions against the market.

Even then, if the bitcoin price starts to show signs of a bullish market continuation by reclaiming the $10,500 yearly high, it could convert short positions to market buy orders in a squeeze, adding buying demand in the market.

The bitcoin price was at risk of a steep pullback as it dropped to as low as $9,350 on February 20. However, the dip was quickly bought up, prompting analysts to categorize it as a liquidity fill.

A heavy support level at $9,550 has been described as a key level that prevents BTC from seeing a sharp correction in the upcoming weeks if defended until weekly close.

“Holding a similar EMA that held the market up during 2019. Another hidden bull div printing after $9500 S/R flip. Holding 50RSI on the daily Possible we test $9100-$9200 50EMA on the daily, but anything that holds and closes above $9670 is still bullish for me,” said highly regarded trader Jacob Canfield.

With less than 15 hours left to the weekly close, analysts are generally anticipating the support to hold. Above $9,550, key resistance levels exist at $10,300 and $10,900, two levels that rejected bitcoin many times throughout the past two years.