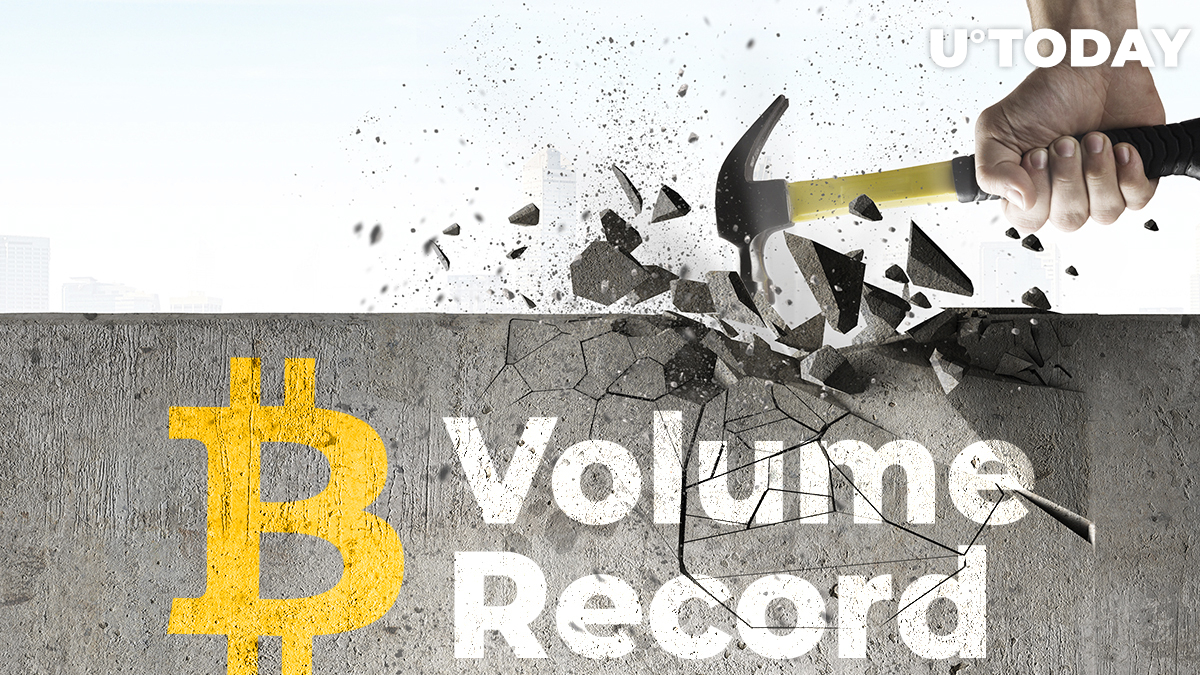 On Dec. 4, Bitcoin recorded its highest hourly USD volume in its entire history. As the graph below shows, more than 8.9 bln in BTC was moved on-chain.

$8.9 billion in #Bitcoin were moved on–chain in a single hour this afternoon.

One might think that this a sign of much-coveted mass adoption, but there is a more trivial reason behind this massive transaction spike. It appears that the new record was set simply because of cryptocurrency exchanges swapping their gargantuan wallets as a security measure.

"Whale Alert," the service allows keeping a close eye on huge crypto transfers, recently made a splash on Twitter with multiple $400+ mln transfers between wallets of unknown origin.

A bit later, it had to disable alerts in order not to spam its feed during "peeling," the process of breaking up multi-hundred-million-dollar Bitcoin wallets into smaller ones.

We have disabled further alerts for this for now to reduce spam. The main amount is slowly being reduced by amounts between 10 and 100 BTC.

Apart from the new transaction record that ended up having zero value related to adoption, Bitcoin also made a couple of extremely volatile price moves on the same day.

As reported by U.Today, its price suddenly jumped by nearly eight percent in minutes just to completely evaporate this pump some hours later.