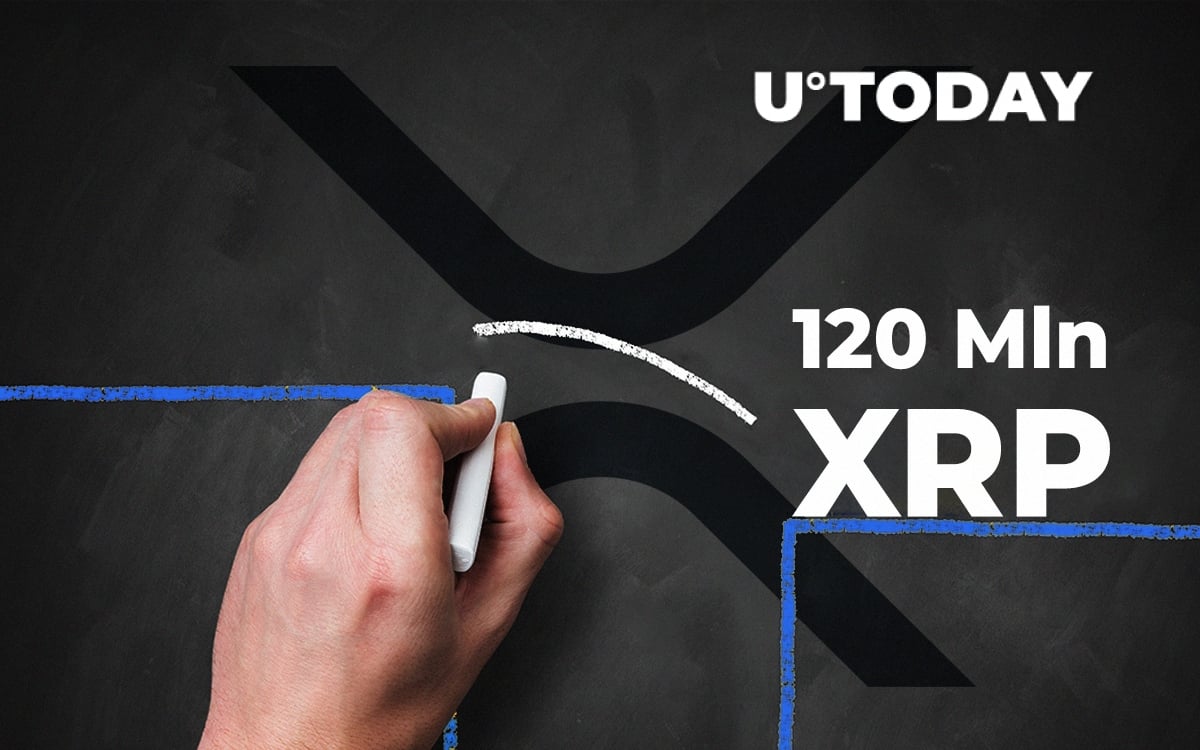 The XRPL Monitor Twitter bot tracks funds transfers on the XRP Ledger. A short while ago two major transactions were spotted, totaling almost 120 mln XRP (that is nearly $39.2 mln).

The money was sent from two large crypto exchanges but the destination wallets were not identified.

XRPL Monitor has shared with the community data on two astounding XRP transactions. One totalling 60 mln XRP, the other - 59,999,750 XRP. 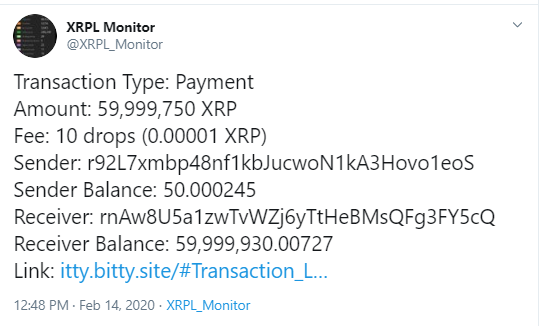 The senders were the Bithumb and Bitstamp exchanges, as per the analytical website Bithomp that provides detailed info on XRP transactions. 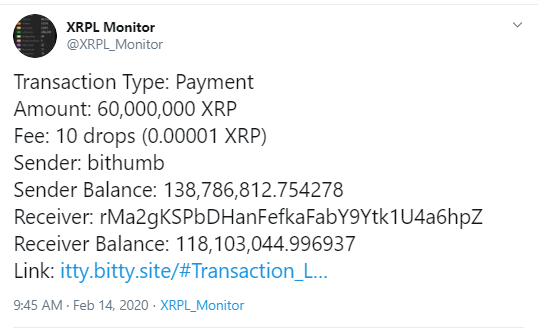 One of the destination wallets is dubbed LBIclient, the other one was activated by an anonymous user.

Large XRP and BTC transactions often attract a lot of attention on crypto Twitter and trigger a lot of negative comments, showing that users are expecting a dump of the price.

However, the third-largest currency, XRP, remains above the $0.30 level after the recent surge and is trading at $0.32 at the time of writing.

On Thursday, U.Today reported that the XRP price had suddenly collapsed on the Seychelles-headquartered BitMEX exchange. Some traders claim they lost their balances due to a system glitch.

Though, no information has been spread by BitMEX about any refunds to traders so far. Many traders are enraged by the situation and heated discussions are currently ongoing on Twitter.

The collapse of the XRP price took place soon after BitMEX added a perpetual XRP/USD contract with 50x leverage.

Prior to that, Binance.US added the XRP/USD trading pair to its mobile app, making it easier for customers to trade.

Some believe these two events, among others, to be the triggers for the recent fast growth of the XRP price.