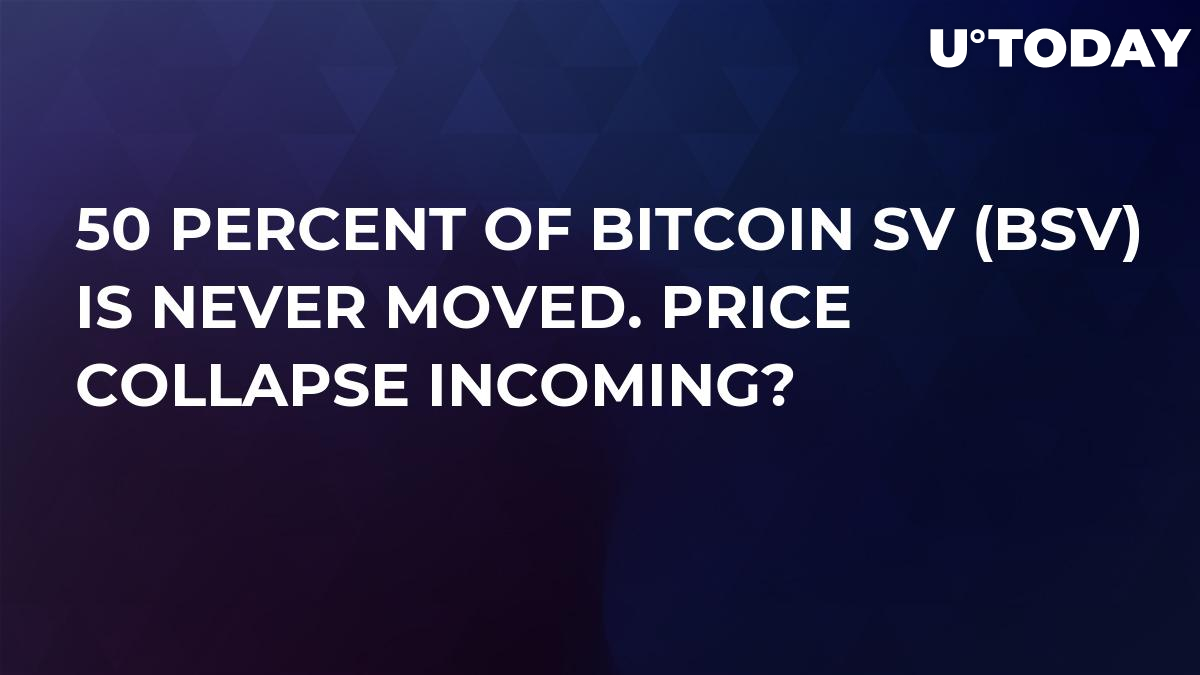 Alistair Milne, the CIO of Atlanta Digital Currency Fund, has rubbed some salt into the wounds of Bitcoin SV (BSV) investors right on the so-called "Bitcoin Independence Day," which marks one year since the controversial fork stormed into the crypto space.

The internet entrepreneur who later ventured into crypto claims that around 50 percent of all mined BSV has never been moved, which signifies the lack of demand for the infamous Bitcoin offspring.

According to Milne, miners are currently in a serious predicament since them selling their dragon coins would inevitably tank the BSV price. At press time, BSV is changing hands at $126.81, occupying ninth place by market cap.

Around 50% of all $BSV mined is never moved. Hoarded by miners who can't sell as it would collapse the price due to lack of any organic demand.
How long can they sustain this for?

Bitcoin SV has a flair for crazy price moves. After bleeding throughout the whole delisting debacle, BSV suddenly pumped by 90 percent on May 21 on the news that self-proclaimed Satoshi Craig Wright was recognized as the author of the Bitcoin white paper by the U.S. Copyright Office (which, of course, turned out to be a massive nothingburger).

On May 30, BSV surged by nearly 100 percent once again due to fake news that spread like wildfire in China.

After such "organic" growth, Bitcoin SV remains a tickling bomb that might blow in the face of its investors any minute.

However, the coin does have a use case. Back in June, it turned out that a single weather app is responsible for 98 percent of all BSV transactions.