The third-largest coin has remained above the $0.25 level for over a week already. At the time of writing, XRP is sitting at the $0.2707 mark, as per CoinMarketCap. However, traders believe Ripple’s XRP is going to perform well soon enough and take the price to higher levels.

Prominent crypto trader, Jacob Canfield, well known on Twitter and TradingView, reckons that the next high side target XRP may head for is $0.31 with an entry point of $0.275, which he mentioned in a tweet on Feb 9. 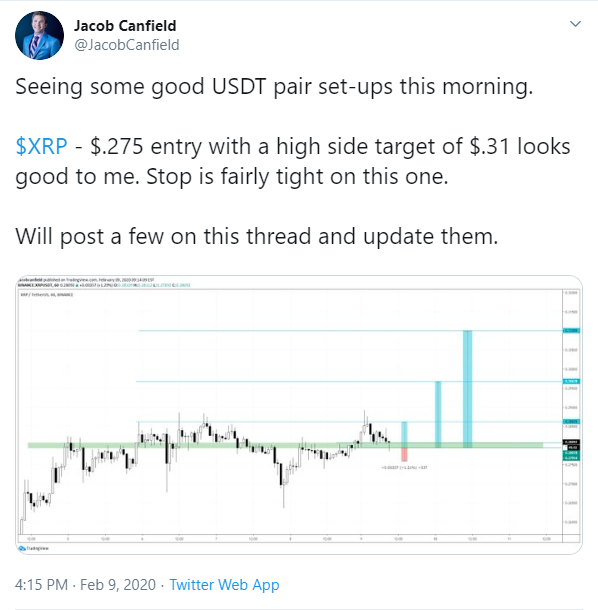 Some other traders also believe that the $0.30 level will be vital for XRP’s further upward movement.

A trader who goes by the name @SmokeyXBT reminds the community that XRP closed the weekly level above the $0.28 mark, saying that, for now, this is a great achievement. He expects the XRP/BTC pair to start performing better soon. 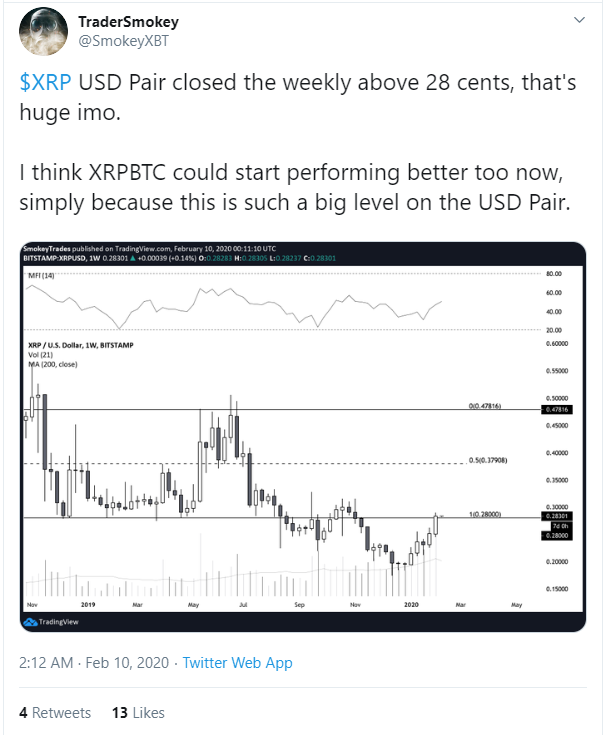